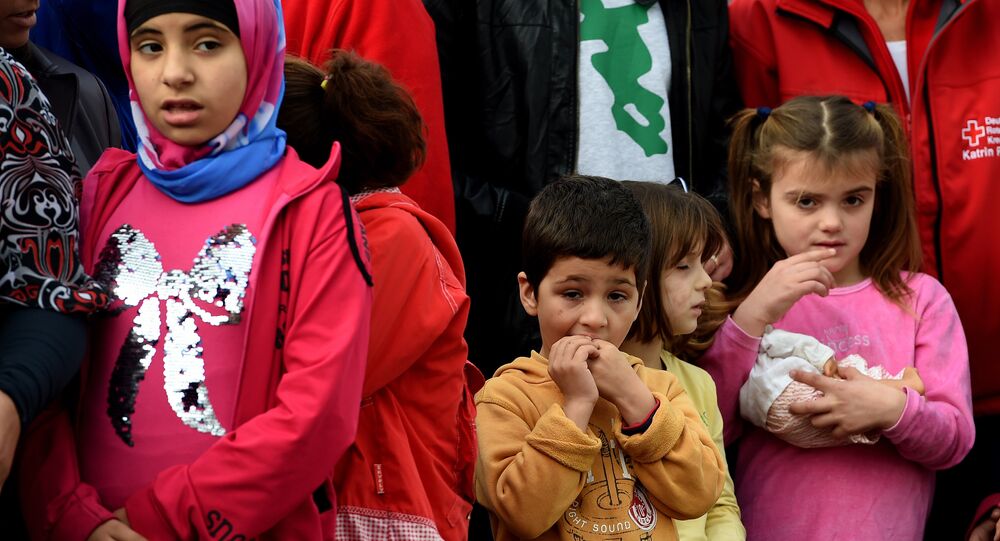 While Denmark has borne the brunt of international criticism over plans to confiscate the valuables of new arrivals, officials in some southern German states have admitted they been taking the cash and valuables of refugees following their arrival in the country.

Bavarian interior minister Joachim Herrmann told German newspaper Bild that authorities had been confiscating cash and valuable items from refugees in order to pay for any costs they incur.

"Cash holdings and valuables can be secured [by the authorities] if they are over US$812 (€750) and if the person has an outstanding bill, or is expected to have one," he said.

Authorities in the state of Baden-Wurttemberg also confirmed they were following similar practices, although noted that they were confiscating money and items above US$380 (€350).

© Flickr / Mattys Flicks
Ticking Clock as Merkel Summoned to Bavaria Amid Party Refugee Rift
The measures are legal under German federal law, which requires asylum seekers to use their own funds before receiving state assistance for shelter, food and other services.

"If you apply for asylum here, you must use up your income and wealth before receiving aid," Aydan Ozoguz, the federal government's integration commissioner, told Bild.

"That includes, for example, family jewelry. Even if some prejudices persist — you don't have it any better as an asylum seeker as someone on unemployment benefit," she added.

​The confiscating of cash and valuables form refugees is a matter that had triggered rigorous debate in Europe amid the ongoing refugee crisis.

While proponents say the measures are necessary to ensure refugees pay for state assistance, others fear it could lead to discrimination of those seeking asylum.

The measures have been widely supported in German politics, with only the Left Party (Die Linke) raising concerns surrounding the practice.

© AP Photo / Ronald Zak
Austrian FM's Tip on Saving the EU: Shut Borders, Solve Refugee Crisis
However, while German states have already been carrying out confiscations of valuables, Denmark has been condemned by a number of political and human rights organization over plans to introduce similar laws.

The UN's refugee agency, the UNHCR, slammed Copenhagen's proposals, arguing that such measures "could fuel fear (and) xenophobia."

Despite the criticism, Danish lawmakers look set to vote on a new migrant bill shortly, after it went through its final reading in parliament on Thursday.