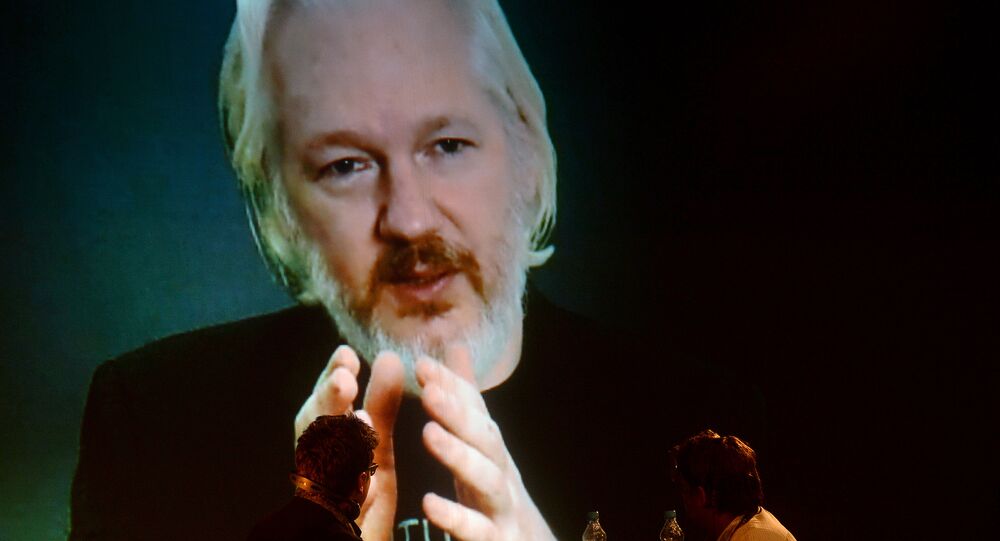 Sweden is considering whether to renew its request for permission to question the founder of the WikiLeaks whistleblowing website, Julian Assange, after Ecuador rejected its previous application, the Sweden prosecutor's office press service told Sputnik on Thursday.

MOSCOW (Sputnik) — Earlier in the day, the Swedish prosecutor's office said the Ecuadorian authorities declined their previous request on formal grounds, as the application was dated May 2015.

"The prosecution is to consider whether to send a new renewed request or not. There’s no date agreed so it’s too early to tell if there’s going to be an interview and when [the potential interview would be]," the press service said.

© AP Photo
Julian Assange to Answer Questions from Swedish Authorities in London Embassy
In the official response to the Swedish request, Ecuador's prosecutor-general informed the Swedish side that his country's authorities would conduct the interview with Assange, and therefore, Sweden should provide them with a list of questions to be posed.

Last week, Sweden announced that it had filed a request to question Assange at the Ecuador Embassy in London. Ecuadorian Foreign Minister Ricardo Patino said that his country would cooperate with Sweden in the matter.

Assange launched the WikiLeaks website in 2006. He has been residing at the Ecuadorian Embassy in London since 2012, out of fear of being extradited, first to Sweden where he has been accused of sexual assault, and ultimately to the United States where he could face espionage charges for publishing secret documents through his website.

Assange: Sweden to Question Australian in the UK... Under Ecuadorian Law

Ecuador Ready to Cooperate With Sweden Over Assange Questioning