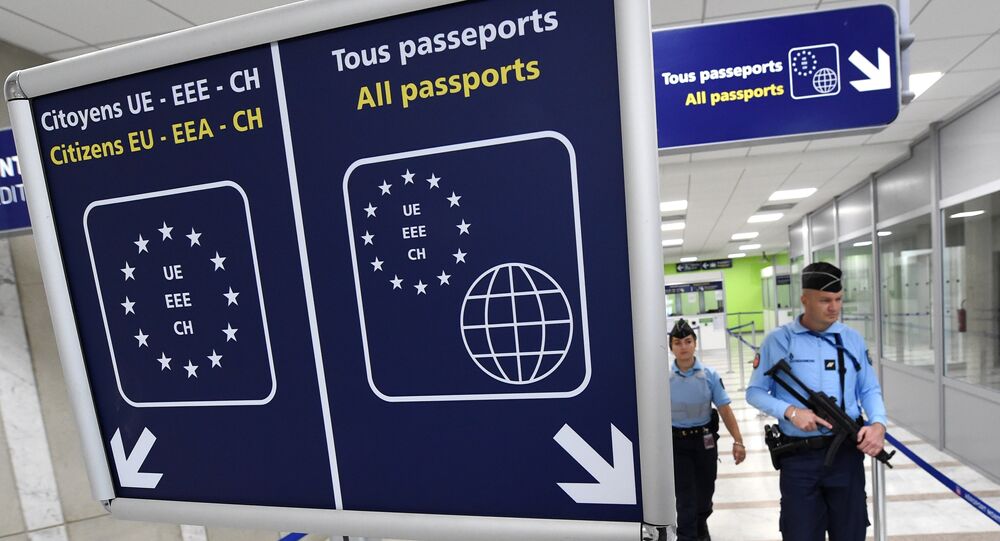 There are more fears for the future of the EU, after senior political figures called for the bloc's passport-free travel zone, known as the Schengen agreement, to be scrapped to help better manage the influx of refugees and migrants entering Europe.

British politician Yvette Cooper, the chair of the UK's shadow refugee taskforce, has called on EU countries to reintroduce border controls and repeal the Schengen agreement to allow officials to monitor the number of people passing through Europe.

"Europe needs a sustainable plan, which should include more countries offering sanctuary to families fleeing persecution and conflict, but should also include ending Schengen and bringing back internal border controls to manage the crisis," she said.

A number of countries have reintroduced border controls as a result of the migrations crisis, while the European Commission this week spoke of plans to abolish the EU's Dublin rules, which require new arrivals to lodge asylum claims on their first country of entry in the EU.

Many argue the Dublin rules have placed extraordinary pressure on EU periphery countries like Greece and Italy, however proposed changes to the agreement look set to be blocked by a number of member states such as the UK and Hungary, who have defended their respective decisions not to accept large numbers of refugees.

The reintroduction of border controls has raised concerns about the longevity of the EU project, with German Interior Minister Thomas de Maiziere announcing that Germany would be extending its border controls for an indefinite period.

There have also been a number of warnings that the Schengen agreement, seen by many as the greatest achievement of the EU, could be under threat if direct action is not taken to stem the flow of refugees into the bloc.

Earlier this week European Council President Donald Tusk warned the EU had "no more than two months" to control the migration crisis, or the Schengen would collapse, adding that the EU would "fail as a political project" if the bloc could not work together to control its external borders.

Pixabay
Tusk: Europe Has 'Two Months' to Control Migration and Save the EU
This was followed by a similar warning from Dutch Prime Minister Mark Rutte, who told the Davos World summit on Thursday that the bloc has "six to eight weeks" to try and come to a common agreement and save the borderless Schengen zone.

While European leaders try and come to a last ditch agreement to share the distribution of refugees across the continent, Cooper's calls for the Schengen zone to be scrapped, along with the indefinite reintroduction of border controls by a number of EU member states has reignited the debate about the future of the EU, amid rising Euroskepticism and anger at Brussels' handling of a number of immigration and economic issues.