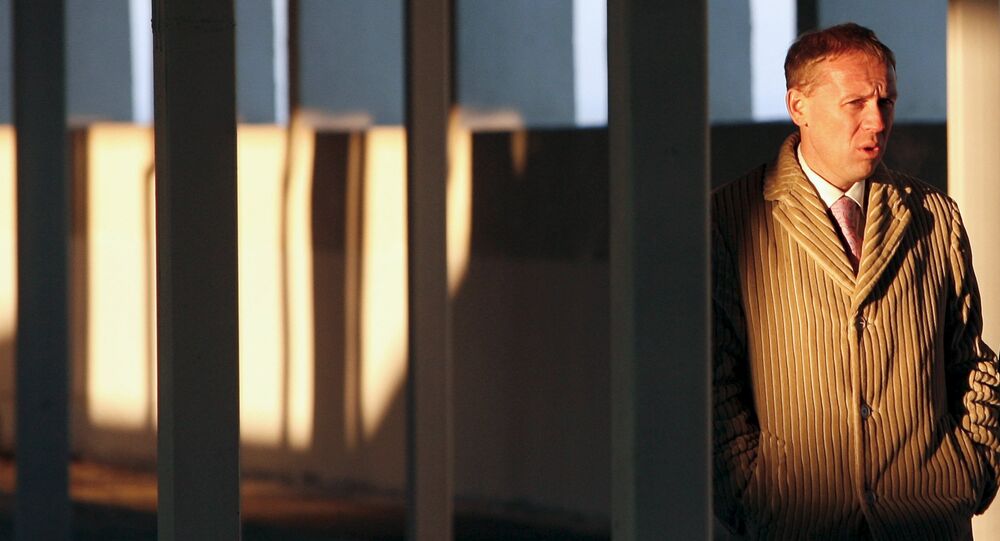 The inquiry into the death of a former Russian security officer Alexander Litvinenko by Sir Robert Owen has ruled that he was murdered "probably" on orders from the Russian FSB state security service with approval from no other than President Putin.

© Sputnik / Collage
UK Report Claims Putin to Blame for Litvinenko Death
The inquiry's conclusion was expected, given the long-running trial of Russia by UK media and politicians, but it had raised more questions that is had answers. The devil is in the detail, as the saying goes, and because the inquiry was not entirely public, with the British government refusing to disclose the nature of Mr Litvinenko's relationship with its security services, how can the public be sure that the most important details were not withheld from the inquiry?

The very notion that the alleged murder was sanctioned by the highest state security authority in Russia raises a few questions.

Why the "operation" to assassinate Litvinenko was carried out in such a clumsy and unprofessional way? Had it been the Russian state security service — would they not know that polonium easily leaves traces on everything it comes into contact with? Why the two "assassins" were not warned about its dangers or indeed trained to handle the substance in a safe an inconspicuous way?

Had the polonium been procured officially, surely those who did it would have known that a tiny amount of polonium was enough to kill a human being. So why did they supply a seemingly unlimited amount of this highly expensive and extremely hard to get substance — to the effect that the suspects had allegedly poured most of it down the drains at hotel rooms?

As former security agents, didn't Lugovoy and Kovtun know about the existence of CCTV cameras in all public places at hotels? On the CCTV footage shown during the inquiry they don't appear to be making any effort to avoid exposure. Why? Maybe they had nothing to hide?

How did they administer the polonium? The inquiry heard that they poured it into the teapot. Did they do it at the Pine Bar? If so, it should be on CCTV, but it isn't. Or did one of them take the pot to his hotel room and pour the substance there. Is there CCTV footage of a suspect taking a teapot back and forth?

The pattern of polonium traces all over London and on flights looks as if someone was meticulously laying down a trail leading to Moscow. Were Lugovoy and Kovtun so daft as to so willingly implicate themselves? Is it a case of "Dumb and Dumber"?

The laurels of "Dumber", of course, should go to Kovtun, who allegedly boasted of his top-secret mission to a cook in Hamburg! Can anyone seriously imagine a professional state-sponsored assassin discussing his assignment with a passing acquaintance?

The inquiry cites Litvinenko's own deathbed statement accusing President Putin of ordering his murder as proof of Putin's involvement. Litvinenko had a history of making spurious allegations against Putin, accusing him of everything from mass murder to pedophilia.

He also accused western leaders, like the Italian Romano Prodi of conspiring with Russia. How can one be sure that his deathbed statement wasn't yet another — desperate — attempt to smear the Russian state?

The statement was actually written down by one Alexander Goldfarb, a public relations manager for another exile — Boris Berezovsky — who had a personal grudge against President Putin, and whose bodyguard Litvinenko used to be. Why is Mr Goldfarb presented as a "friend" of the Litvinenko family, and not a PR manager?

'No Such Thing as Ex-KGB'

And the most important question of all — how come Litvinenko, an experienced security officer, with intimate knowledge — as he claimed — of the deep corruption in the FSB could have trusted his ex-colleagues? "There is no such thing as ex-KGB," as a Russian saying goes.

© AP Photo / Alistair Fuller
Alexander Litvinenko, former KGB spy and author of the book "Blowing Up Russia: Terror From Within" photographed at his home in London. (File)

Why would Litvinenko, who knew that he had made a lot of enemies in Russia come into close contact with the very people whom he should have stayed clear of? Did he meet with them on his own initiative or was it part of a secret mission he was carrying out on behalf of British intelligence?

The answer to this question is probably buried in the second — secret — version of the inquiry report that the public will never see.