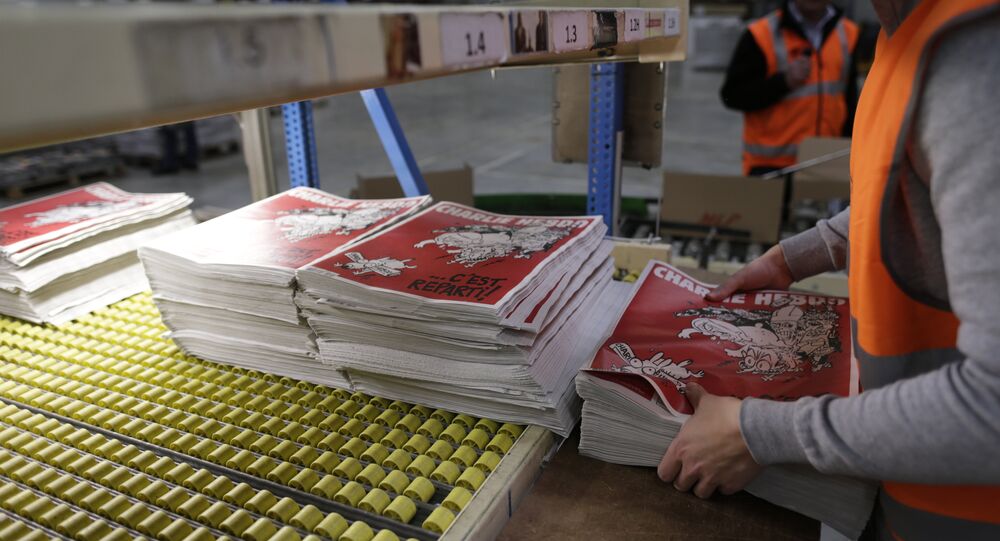 Twitter does not plan to block the account of the French Charlie Hebdo satirical magazine on the territory of Russia, the Izvestia newspaper reports.

A source in Roskomnadzor told the Russian newspaper that the dialogue was "constructive" but there are still cases, including that of Charlie Hebdo, "where the question [of blocking] remains open."

According to Izvestia, apart from Charlie Hebdo, Twitter has not blocked several other accounts, including some spreading extremist propaganda and distributing child pornography.

Charlie Hebdo gained worldwide attention after a January 2015 militant attack on its Paris headquarters that killed 12 people. The gun attack was allegedly motivated by the magazine’s publication of cartoons of the Prophet Mohammad.

The attack was followed by mass rallies in support of the freedom of the press in many cities in France and worldwide. However, a number of countries have seen thousands of Muslims take to the streets, offended by Charlie Hebdo's cartoons.

On October 31, a Russian-operated Airbus A321 plane crashed en route from the Egyptian resort city of Sharm el-Sheikh to the Russian city of St. Petersburg. All 224 people on board, including 25 children, were killed. After the incident, the magazine published several caricatures related to it.