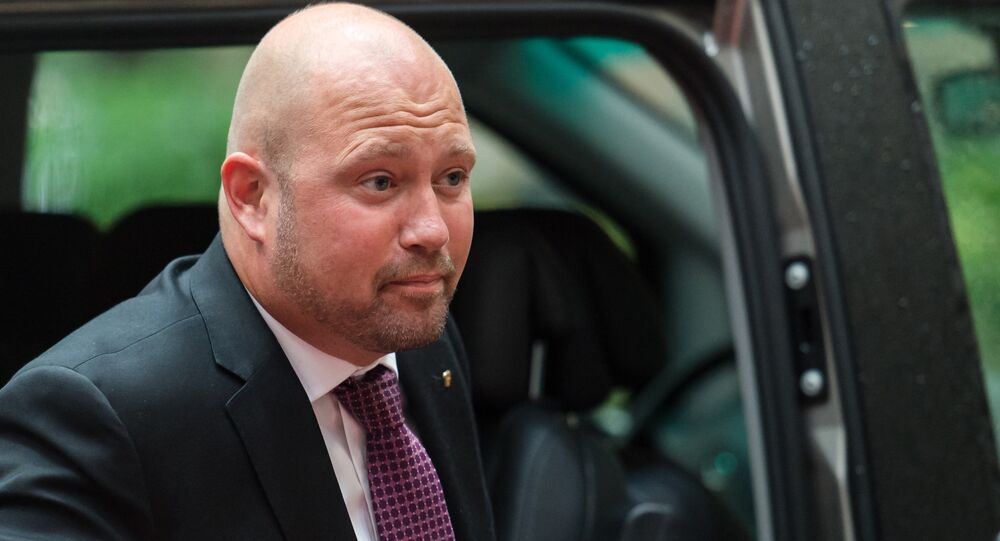 Norway Justice Minister Anders Anundsen said that Norway's authorities "will make it easier to deny or revoke passports when there is reason to believe that a person is planning to wage war abroad."

© AFP 2021 / JONATHAN NACKSTRAND
Flow of Refugees Via Russia to Norway Dries Up in Recent Weeks
MOSCOW (Sputnik) — Norway is considering a proposal which would make it easier to revoke passports of people who may be planning to leave to fight abroad, Justice Minister Anders Anundsen said Wednesday.

"We will make it easier to deny or revoke passports when there is reason to believe that a person is planning to wage war abroad," Anundsen said in a statement, as quoted by the Norwegian Justice Ministry.

The proposed changes will only affect the right to carry a passport and national ID-cards. Norwegian citizenship will not be revoked, the ministry explained.

Approximately 150 Norwegian citizens are estimated to be fighting in Syria and Iraq, according to Norwegian intelligence services' data from early 2015.

© AFP 2021 / Jonathan Nackstrand
'One of Europe's Toughest': Norway's New 'No Visa, No Entry' Asylum Policy
Many groups, including the Islamic State and al-Qaeda, have been using social media to recruit fighters in recent months. Such groups are prohibited in many countries including Russia.

In December, Anundsen announced that the ministry would be unveiling draft legislation to facilitate procedures against citizens suspected of taking part in the Syrian conflict.