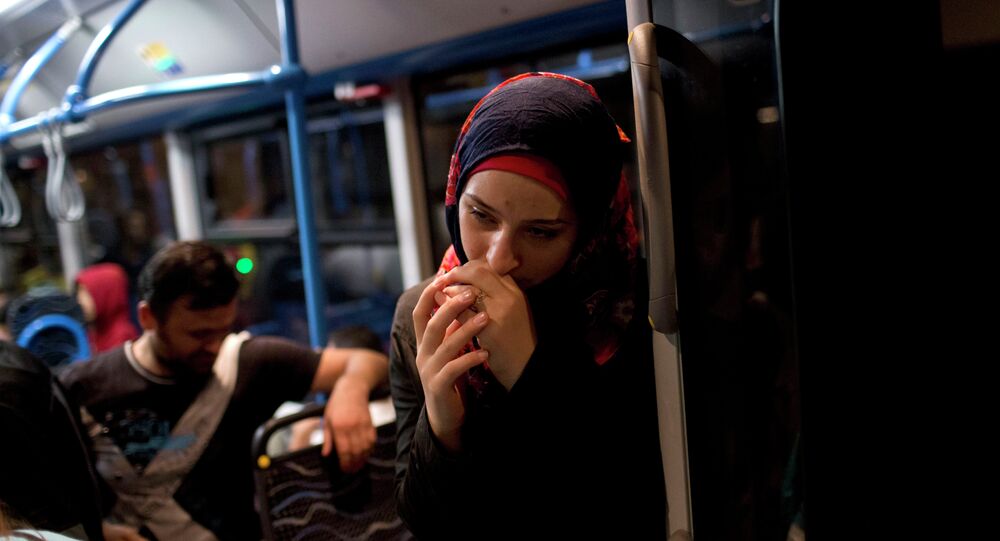 Hungarian Foreign Minister Peter Szijjarto warned that Greece was not capable of protecting its borders from the migrant influx, allowing refugees to enter the European Union, according to Bulgarian media.

© REUTERS / Aly Song
Hungary PM Orban on Refugees: 'Continent Looks Like a Battlefield'
MOSCOW (Sputnik) — Hungary may be forced to turn to Bulgaria and Macedonia for assistance if Greece continues to let tens thousands of refugees into the country, Hungarian Foreign Minister Peter Szijjarto said Wednesday.

During a visit to Bulgaria, Szijjarto warned that Greece was not capable of protecting its borders from the migrant influx, allowing refugees to enter the European Union, the Bulgarian Novinite news agency reported.

According to the news outlet, the foreign minister did not specify what kind of help Hungary intended to request from Bulgaria and Macedonia.

© Sputnik / Sergey Kuznecov
No Fix to EU Migrant Crisis Without Russia's Help – Hungarian FM
Europe has been beset by a refugee crisis, with hundreds of thousands of undocumented migrants fleeing their home countries to escape violence and poverty. Many of them take the West Balkan route, which crosses Greece, using the county as an entry-point to the bloc from where they travel to wealthier EU states where they intend to apply for asylum.

According to International Organization for Migration, 31,244 migrants and refugees have arrived in Greece by sea since the beginning of 2016.