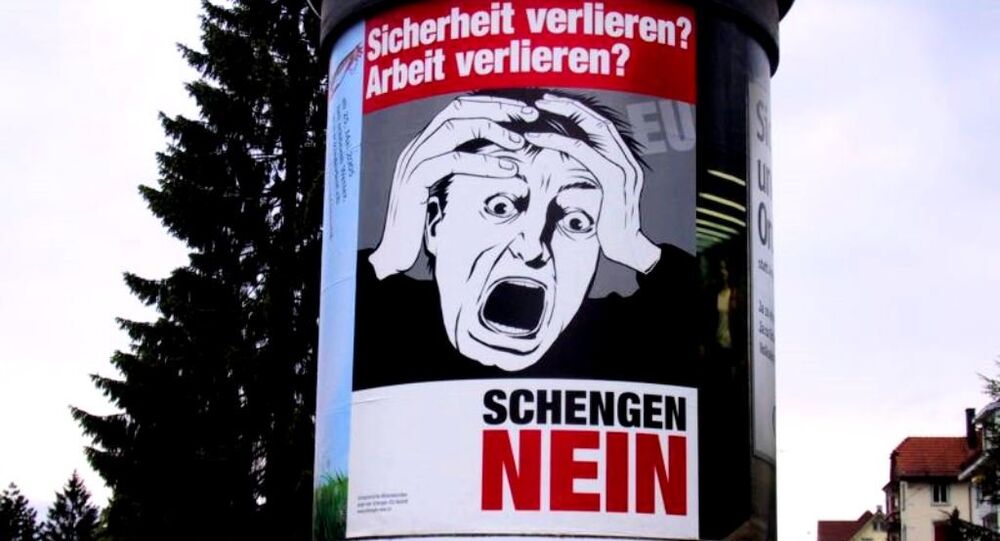 The suspension of the Schengen Agreement may deal a tremendous blow to the European Union, possibly causing Europe to revert to its pre-EU state of affairs.

Europe is likely to seek to preserve the Schengen Agreement by attempting to stop the flow of migrants at the EU’s outer borders, according to Milan Igrutinovic, an analyst at the Institute of European Studies.

"Even though Schengen came into effect only in 1995, the EU as a political union is unthinkable without it. If it gets abolished, Europe would revert to the European Economic Community of the 1970s or 1980s," Igrutinovic told Sputnik.

"It would be a different kind of Europe – weaker as a community, much less attractive and lacking a strong international influence."

According to Igrutinovic, in order to preserve the current state of affairs, EU officials are likely to attempt to strengthen border controls, especially in the Mediterranean.

"They’ll try to beef up the border control in the Mediterranean region: at the Greek islands, at the border with Turkey. The question is, however, will it work?" he remarked.

"This year the flow of migrants could be twice as numerous as the year before. But it remains unclear what Greece will do; will Turkey try to detain these migrants in refugee camps like it was paid to do? Or will the Turkish authorities turn a blind eye and tell the migrants to proceed to the EU?"

The strengthening of the border control implemented by some of the EU members doesn’t pose a threat to the Schengen Agreement, but the restoration of borders within the European Union would drastically alter the nature of United Europe, Igrutinovic added.

Furthermore, the Schengen Agreement is essentially one of the EU’s basic principles, according to Milos Jovanovic, an associate professor at the faculty of law at the University of Belgrade.

"The absence of border control within is essentially one of the cornerstones of the EU’s marketing. This principle is being destroyed and it is a serious problem for the EU," he said. "I wouldn’t call it disintegration, but it is clearly a serious blow to Europe, a blow which delegitimizes the European project."

The refugee crisis made it clear that the EU doesn’t always use the most effective tools at its disposal to protect its member states, he added.

"The EU is losing its legitimacy even, among its own members," Jovanovic concluded.

Austrian Government to Decide on Border Security Measures on January 20