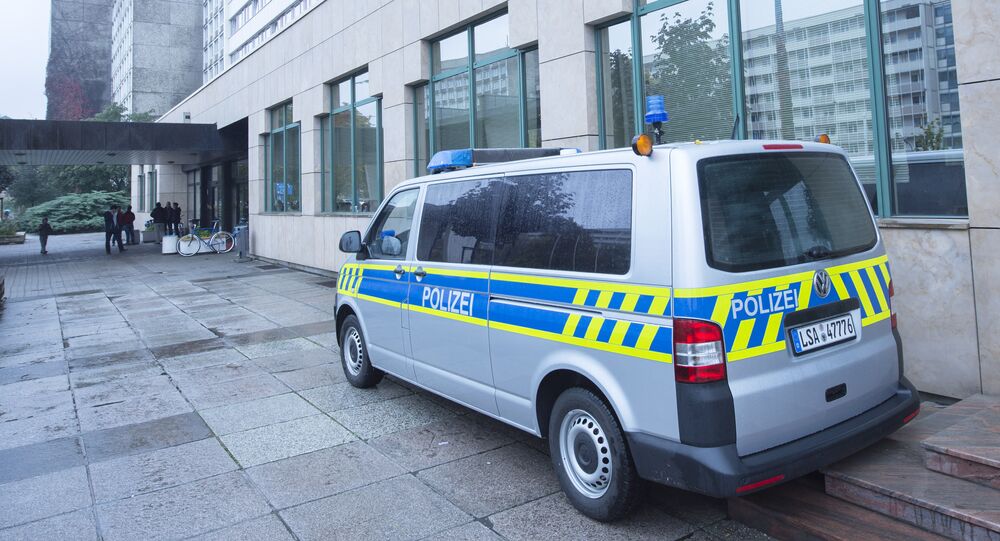 Thousands of Ukrainian asylum seekers are facing deportation from Germany in the near future, according to the German newspaper Frankfurter Rundschau.

© AP Photo / Kerstin Joensson
No More Refugees? Austria Calls for Germany to End Its ‘Culture of Welcome'
German authorities may deport thousands of Ukrainian asylum seekers in the immediate future if Berlin recognizes Ukraine as a "safe country of origin", the German newspaper Frankfurter Rundschau reported.

The newspaper recalled that earlier, more than 7,000 Ukrainians had applied for asylum in Germany due to the armed conflict in eastern Ukraine.

"In recent weeks, many of them received notifications of refusal. They entered Germany using Schengen visas, which, in turn, are subject to the Dublin agreement. Their applications should be considered by those EU countries which issued the visas," the newspaper said.

According to Frankfurter Rundschau, a positive decision on asylum was made with respect to only 5.3 percent of the requests, with every refusal accompanied by a requirement to leave the country.

© AFP 2021 / Roberto Pfeil
A man holds up a sign reading "No violence against women" as he takes part in a demonstration in front of the cathedral in Cologne, western Germany, on January 9, 2015 where sexual assaults in a crowd of migrants took place on New Year's Eve

German laws currently allow for migrants to be sent back to their countries of origin if they have been convicted of a crime that carries a prison sentence of three or more years, and only when the situation in their country of origin is deemed safe for them to go back.

Ok this is weird. In the morning I asked what was happening in Germany with the refugee crisis. Twitter replaced "refugee" with "human"

According to the German news network Deutsche Welle, in 2014, the number of asylum applications filed by Ukrainians stood at 2,703; in 2015, the figure increased to about 4,440. However, this number is relatively minuscule: according to International Business Times, a total of 1.1 million people were registered as asylum-seekers in Germany in 2015, most of them from war-torn countries such as Syria, Libya and Iraq.

© AFP 2021 / Markus Boehm / dpa
Germany to Deport More Migrants Amid Cologne Sex Assaults
While German officials often claim that the Ukrainian conflict is limited to a small portion of the country and that refugees can seek asylum elsewhere within Ukraine, a different set of standards is applied to Syria, despite the fact that over 6.5 million displaced Syrians are living in refugee facilities in areas controlled by the government of Bashar Assad, according to the website of the UN High Commissioner for Refugees.

Many young Syrian men have travelled abroad simply to avoid being drafted into the army; this is part of the reason Europeans have often characterized the refugees as being primarily young adult men.

According to The Guardian, hundreds of thousands of Ukrainians have successfully sought refuge in Russia since the Donbass conflict erupted following the overthrow of former president Viktor Yanukovych in February, 2014.