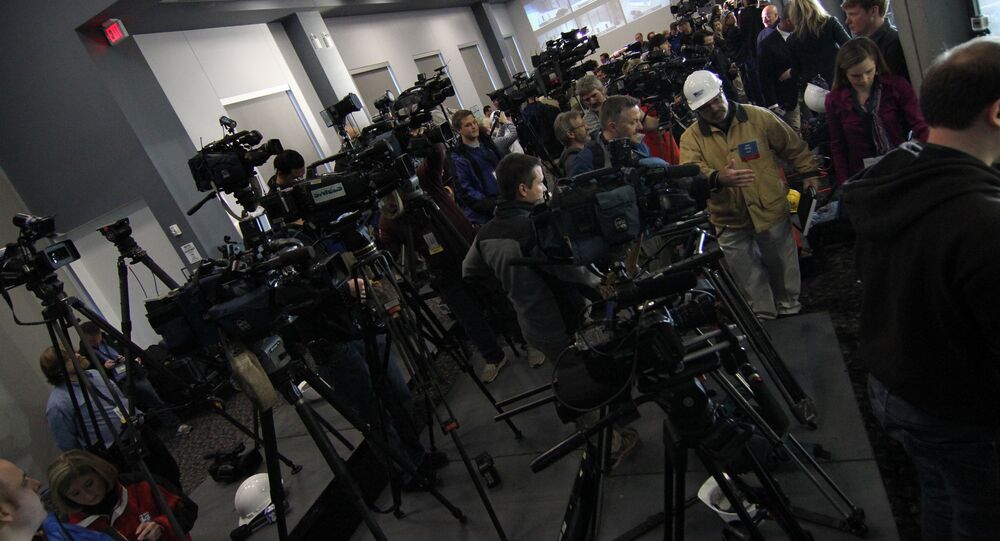 Criticism of the Polish media reforms by EU institutions is an attack on democracy, member of the European Parliament Jean-Luc Schaffhauser said Tuesday.

BRUSSELS (Sputnik) — Polish President Andrzej Duda has signed a decree giving his government power to appoint the heads of public television and radio, triggering widespread opposition from EU leaders and freedom of the press advocates.

"Attack on Poland is an attack on democracy and the people who chose sovereignty, freedom and independence. The peoples who still believe in the Christian roots of humanism, and whose humanism is not a product of a new European order, which appears to be the highest mess," Schaffhauser said at a plenary session of the European Parliament in Strasbourg.

According to the parliamentarian, the European system is collapsing, while democracy in Europe is a "dictatorship."

In late December 2015, Duda enacted a reform stipulating that 13 out of the country's 15 constitutional tribunal judges must be present at the most important court cases instead of nine as had previously been the case. Critics believe that the reform will enable the ruling Law and Justice party to influence the tribunal's decisions.