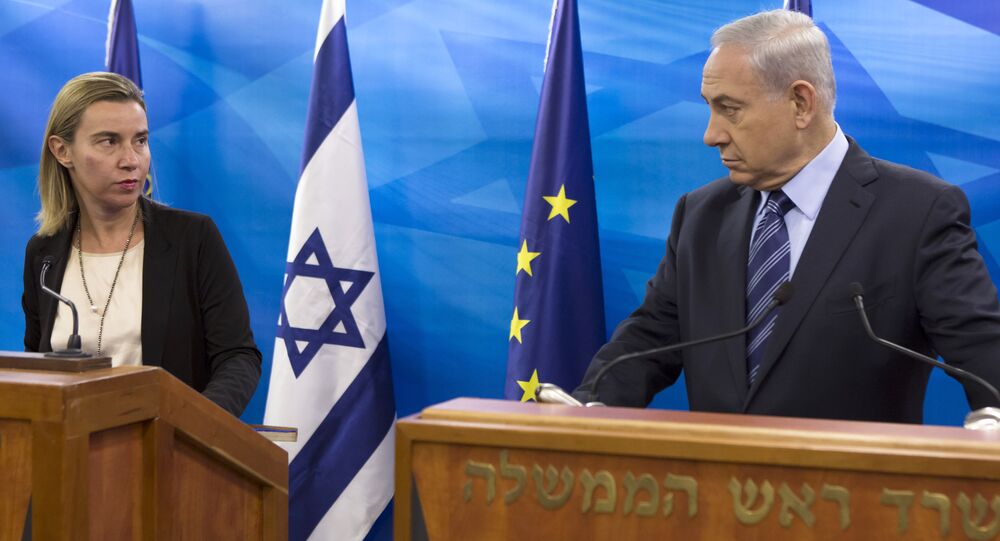 The ongoing row between the EU and Israel has continued with Brussels adopting a resolution criticizing Israel for creating a series of Jewish settlements in the occupied Palestinian territories.

The EU foreign affairs council agreed upon the resolution, which came after five countries were placed under significant diplomatic pressure by Israeli officials to block the move.

The resolution states that EU-Israeli agreements only apply to the pre-1967 Israeli border, and that the "EU must unequivocally and explicitly indicate their inapplicability to the territories occupied by Israel in 1967. This does not constitute a boycott of Israel, which the EU strongly opposes."

Settlements 'Constitute an Obstacle to Peace'

In an attempt to put pressure on Israel over the creation of Jewish settlements in the occupied territories, the resolution called for a "fundamental change of policy" by Benjamin Netanyahu's government to help "enhance stability and security for both Israelis and Palestinians."

"Recalling that settlements are illegal under international law, constitute an obstacle to peace and threaten to make a two state solution impossible, the EU reiterates its strong opposition to Israel's settlement policy and actions taken in this context. It urges Israel to end all settlement activity and to dismantle the outposts erected since March 2001, in line with prior obligations. Settlement activity in East Jerusalem seriously jeopardizes the possibility of Jerusalem serving as the future capital of both States."

The council also called for the lifting of the blockade of Gaza, which has crippled the Palestinian economy by preventing a flow of goods into the Palestinian enclave for close to a decade.

It's understood that Israel lobbied Greece, Cyprus, Hungary, Bulgaria and Czech Republic to form a bloc and oppose the resolution, however all rejected the plea.

Last year the EU enraged Israel after insisting that items produced in Israeli settlements must be labeled as such, and not as products of Israel.

This led to Israel suspending EU officials from the Palestinian peace process, while prime minister Benjamin Netanyahu last week called for a "reset" in relations between his country and Brussels, saying the EU had a "natural tendency" to "single out Israel and treat it in ways that other countries are not being dealt with."

Israeli-EU Fallout Deepens as Netanyahu Calls for 'Reset' of Relations

Israel in Fresh Row With Sweden Over 'Extrajudicial Execution' Comments