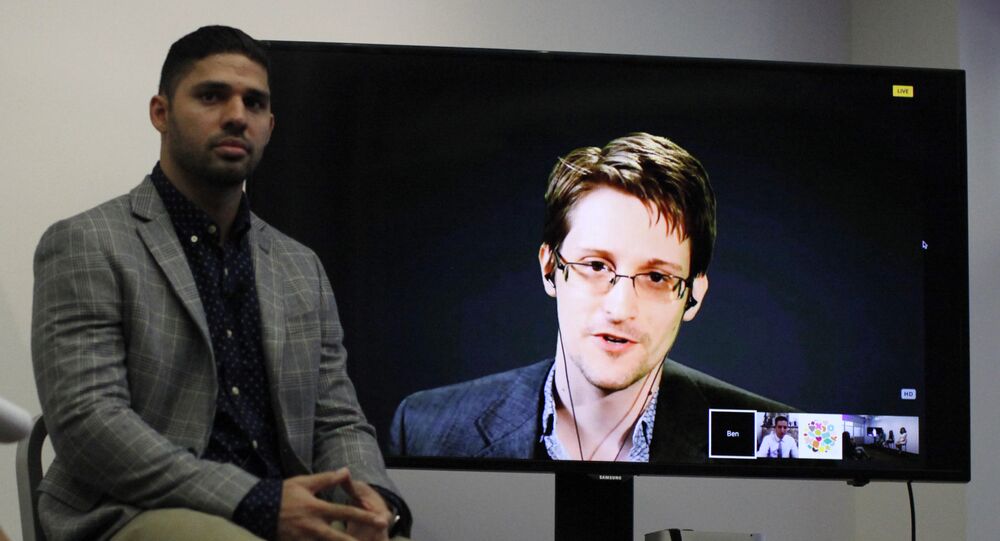 A clause in the UK Terrorism Act 2000, which allows for travelers to be questioned to discern whether they appear to be terrorists or not, is incompatible with the European Convention on Human Rights, a UK court ruled Tuesday, urging the government to reexamine the act.

© REUTERS / Neil Hall
UK Police Arrest Two on Suspicion of Links to Terrorism
MOSCOW (Sputnik) – The judgment was made in the case of David Miranda who was detained at London Heathrow airport in 2013 for carrying files related to the security information obtained by US whistleblower Edward Snowden.

"The stop power, if used in respect of journalistic information or material is incompatible with article 10 [freedom of expression] of the [European Convention on Human Rights] because it is not ‘prescribed by law,'" the court judgment reads, as quoted by The Guardian.

Master of the Rolls, Lord Dyson, made the ruling along with Lord Justice Richards and Lord Justice Floyd, the newspaper reported.

The act affords no rights to potential terrorists to remain silent or receive legal advice, and makes it possible for the UK authorities to detain suspects for up to nine hours.