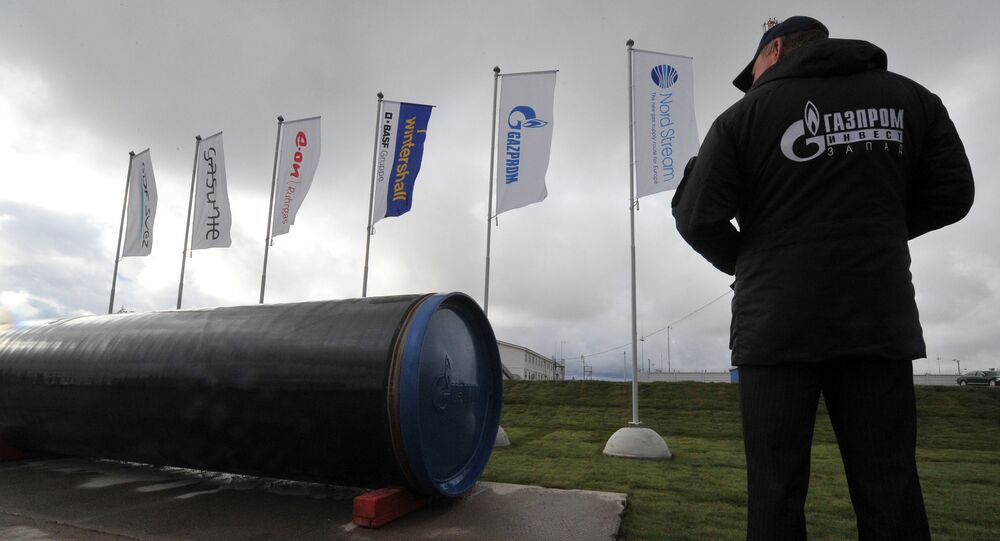 "These projects are never implemented with a short-term perspective of one, two or three years, but rather with a perspective of 20-25 years. We see no circumstances that could cast doubt on this project," Medvedev told reporters, answering a question on whether the oil prices drop could affect the implementation of the project.

In September, Gazprom signed a shareholder agreement on the extension of the Nord Stream pipeline with the European companies BASF, E.ON, Engie, OMV and Shell.

© Sputnik / Igor Zarembo
European Companies Vying to Build Russia’s Nord Stream 2 Gas Pipeline
The Nord Stream-2 project, which plans to use the original Nord Stream pipeline for 86-percent of the route before branching off, could provide up to 55 billion cubic meters of direct gas supplies from Russian shores through the Baltic Sea to the German coast.

Despite the opposition from several EU states, including Poland, Latvia and the Czech Republic, Germany supports the construction of the pipeline, saying that it would bring more benefits for EU members and provide energy safety and security to the 28-nation bloc.