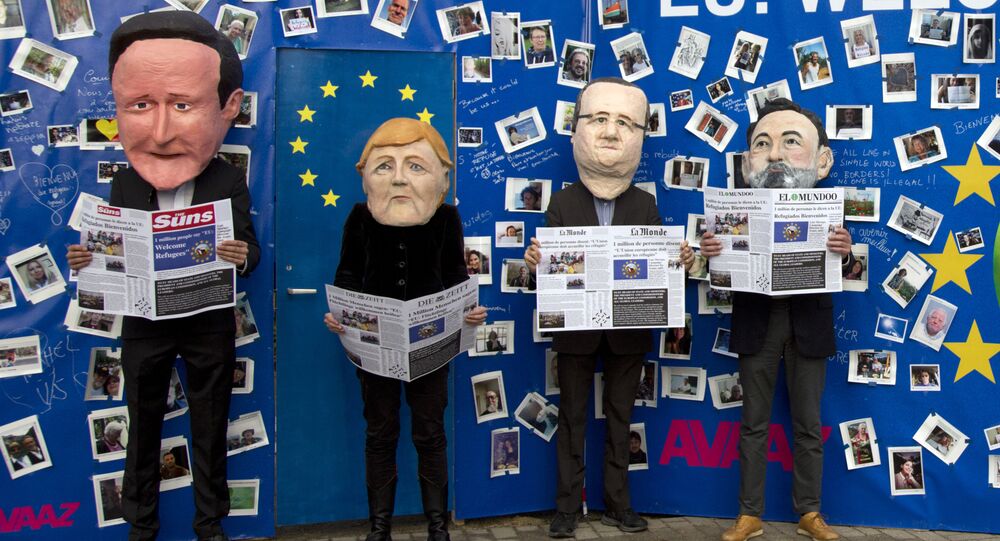 The New Years' Eve assaults and robberies by refugees in Cologne have boosted the chances of Britain leaving the EU, as public opinion hardens against its open borders policy which has led to the free movement of terrorism.

© Flickr / European Parliament
EU Lawmakers Debate Brexit as Splits Open Up in Cameron's Cabinet
Dominic Cummings, campaign director of Vote Leave, has said there was "nothing" to stop the sex attackers — who carried out a series of assaults at Cologne railway station over New Year leading to over 500 complaints about molestation, robbery and lewd behavior — from moving to the UK once they are given German citizenship.

The assaults in Cologne — perpetrated by people of North African or Arab appearance — cause outrage in Germany, where there is growing anger at Chancellor Angela Merkel's failure to control the refugee crisis or put a cap on the numbers the country is prepared to accept in 2016.

EU law = once Cologne sex abusers get citizenship they can fly to UK & there's nothing we can do. #VoteLeave = safer choice

​A friend of Cummings added: "The basic point is once someone has an EU passport they can come here including if they are convicted criminals, because of free movement and of course nothing Cameron is negotiating will stop that," according to the Daily Telegraph newspaper.

In a world where we are moving together, Britain is better off and safer inside than outside the EU.

His opinion mirrors growing public opinion in the UK that the refugee crisis has exposed deep divisions within the EU over the migrant crisis which has exposed the problem of open borders under the Schengen agreement — a central pillar of the EU being the freedom of movement of people.

The UK did not sign up to the Schengen agreement, which many people fee is a move vindicated by the current crisis which has seen the biggest mass movement of people through Europe since the Second World War.

© RIA Novosti
The Schengen Area comprises almost all of Europe.

It has also precipitated deep divisions within Europe as Croatia, Slovakia, Hungary, Austria, Italy, Denmark and Sweden all among the countries introducing some sort of border control to stem the tide of refugees.

British public opinion was further galvanized following the November 13 Paris attacks, after which it was discovered that all the attackers had been able to move freely across Europe without being detected — with many of the already identified by intelligence agencies as having been radicalized.

© AP Photo / Peter Macdiarmid
Cameron Accused of 'Gagging' Euroskeptics After Setting Brexit Ground Rules
UK Prime Minister David Cameron has promised an In/Out referendum on Britain's membership of the EU by the end of 2017, although many believe he will hold it by summer 2016 in order to avoid clashing with the French and German elections in 2017.

With migrant flows expected to surge again by April or May and Cameron hoping to clinch a deal on reforms at the February European Council meeting, the referendum could call it in June. Yet with terrorism, the refugee crisis and the Cologne attacks, Cameron is becoming worried that public opinion on remaining within the EU is slipping away.

After Austria: Did EU Head Just Spell the End of United Europe?