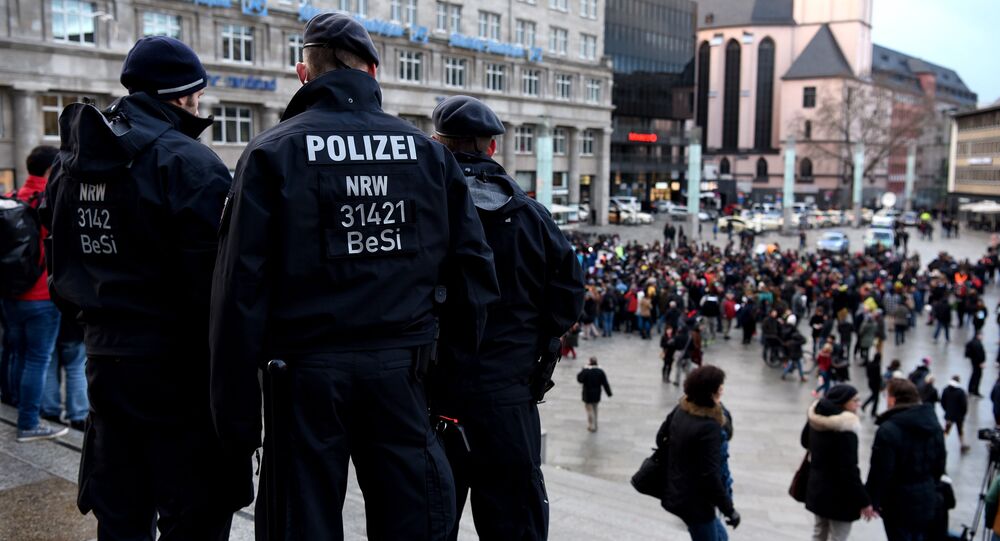 In 2016, Germany will face a whole array of threats related to international terrorism and the migration crisis, according to German lawmaker Gregor Gysi.

© AP Photo / Kerstin Joensson
No More Refugees? Austria Calls for Germany to End Its ‘Culture of Welcome'
In an exclusive interview with Sputnik, Gregor Gysi of the German political party The Left said that Germany will have to grapple with a number of global challenges this year, including those related to international terrorism and the migration crisis.

Touching upon Germany's migration policy, Gysi lashed out at the country's coalition government officials, who are at odds with each other over the issue.

"The worst thing is that they do not have a joint motion vector. They constantly squabble in what plays into the hands of the [far-right] Alternative for Germany party," Gysi said.

He urged the federal government to concentrate on what he described as "the really important issues" pertaining to migrants. In this context, Gysi specifically warned against introducing migrant quotas.

Another urgent issue related to the migration crisis is integration, according to him.

"What we need to do is to deal with integration-related problems. One of integration's components is explaining to refugees that they are obliged to respect the constitution of the country which has granted them asylum," Gysi said.

Addressing the wave of sexual assaults that struck Cologne on New Year's Eve, he demanded "a full investigation and the most imminent criminal penalties." He added that "it is absolutely obvious that the police failed to do their duty" as far as maintaining order is concerned.

Commenting on speculation about a possible terrorist attack in Germany in 2016, Gysi cautioned against jumping to conclusions, but said at the same time that the current situation in Germany is rather complicated.

© REUTERS / Michaela Rehle
Germany Prioritizes Deportation of Refugees Over Integration - Lawmaker
"I can say with full confidence that this year will not be like others for one simple reason: last year, we for the first time, faced the fact that the international problems affected Germany," he said.

Gysi predicted that the situation will deteriorate in Germany in the coming years, and blamed the federal government for underestimating the problems.

"Many thought that the problems of Africa or the Middle East do not concern us. Now we should jointly begin to resolve global challenges so as to avoid the situation, including in Germany, becoming uncontrollable," Gysi  concluded.