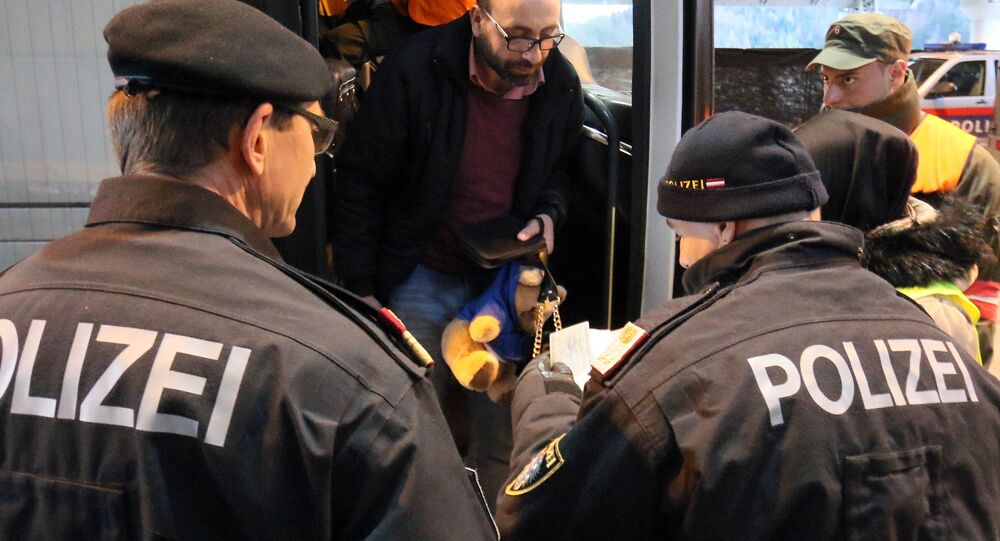 "Everyone who is coming to us would be carefully checked at the border," Fayman told Oesterreich.

Chancellor Faymann said that from now on, Austria would have more strict border controls, "similar to Germany"  and deport people who lacked proper refugee identification.

"At border control points everyone has to show a valid ID to Austrian authorities," Faymann said, adding that if the EU cannot provide security at its external borders, countries should start controlling their own national borders, according to the Austrian newspaper.

Austria plans to use its army to stop refugees from entering the country. Most of the refugees who enter Europe are trying to reach Germany in order to apply for asylum there, but to get to Germany they need to hike across Austria.

© AP Photo / Tariq Mikkel Khan
Sweden Introduces ID Checks for Travelers From Denmark Amid Migrant Crisis
The move of the Austrian government essentially means that the Schengen agreement has been thrown out the window. The Schengen zone currently has 26 member states, including most EU countries and four non-EU states.

The idea behind the agreement is that the citizens of Schengen countries can access any country without the need to go through border controls and visitors can travel throughout the Schengen zone with one common visa that applies to each country in the Schengen zone.

Earlier this week, other Schengen countries, including Norway, Sweden and Denmark, also temporarily suspended the Schengen agreement and restored border control measures at their national borders.

Europe is currently struggling to cope with a massive refugee crisis; over a million people have fled conflict-torn countries in the Middle East and North Africa in search of safety and refuge in the European Union. However, most Syrian refugees, numbering over six million, continue to reside in areas of the country controlled by President Bashar Assad. Neighboring Lebanon and Turkey have also taken in over a million refugees each.