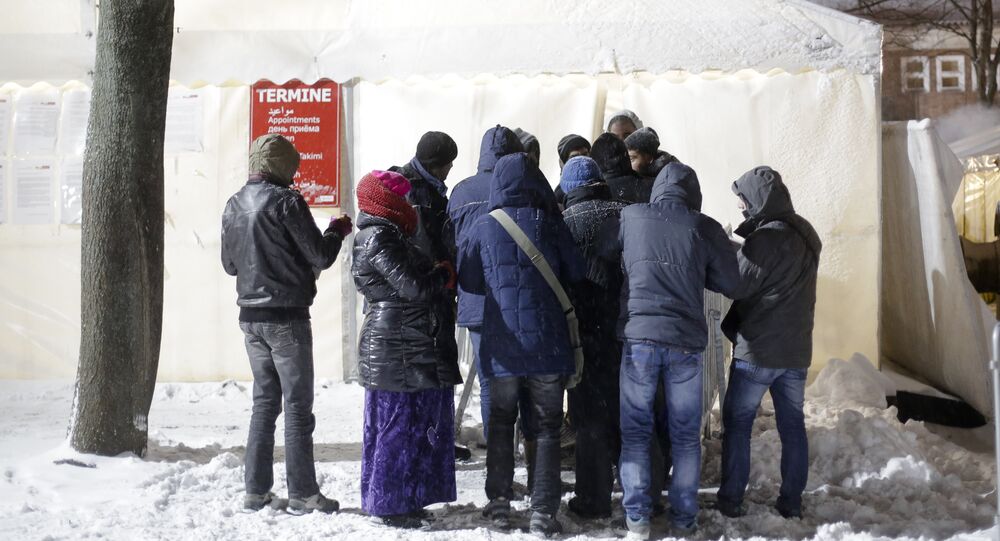 Muslim refugees "bully, persecute and harass" Christians, who came to German refugee camps from the Middle East in search of a better life, the head of the St. George Monastery in Götschendorf, Hegumen Daniil, wrote in a letter to Peter Altmaier, who serves as the Chief of Staff of the German Chancellery and Federal Minister for Special Affairs.

"Christian asylum seekers from Syria, Eritrea and elsewhere suffer bullying, persecution and harassment at the hands of their Muslim neighbors in refugee camps. This is also true of the Yazidi religious minority. Sometimes, bullying ends in injuries and death threats," he detailed in the letter, which was also published on Facebook.

© AP Photo / Charles Dharapak
Cologne Changed Everything: Washington's Infatuation With Merkel's Germany Over?
Hegumen Daniil singled out Muslims, who converted to Christianity, as the group that runs the highest risk of being abused. "They should fear for their life," he warned, "since Muslim radicals treat 'apostates' as if they have no right to live."

These people often choose to spend the night at a church like the Trinity Lutheran Church in southwest Berlin, not a refugee camp.

Harassment has forced many Christians, who fled violence in the Middle East, to consider returning home. They, according to Hegumen Daniil, look back at their life in war-torn countries and view it as "a lesser evil" compared to their present-day state.

Hegumen Daniil called this environment "shameful." He also pointed out that German law enforcement officers rarely try to resolve religious conflicts. "Whatever the reason might be, this is where the fundamental rights in this country need to be protected. There is no alternative."

"They came to Germany a month or two ago. They are Christians. They have been transferred from one camp to another. They are not given money to buy food. They stay in rooms with [dozens of other refugees]. At the moment they are staying in a camp with two other Christian families from Syria. You can imagine the persecution [they have to endure]. There are many others like them," he explained.