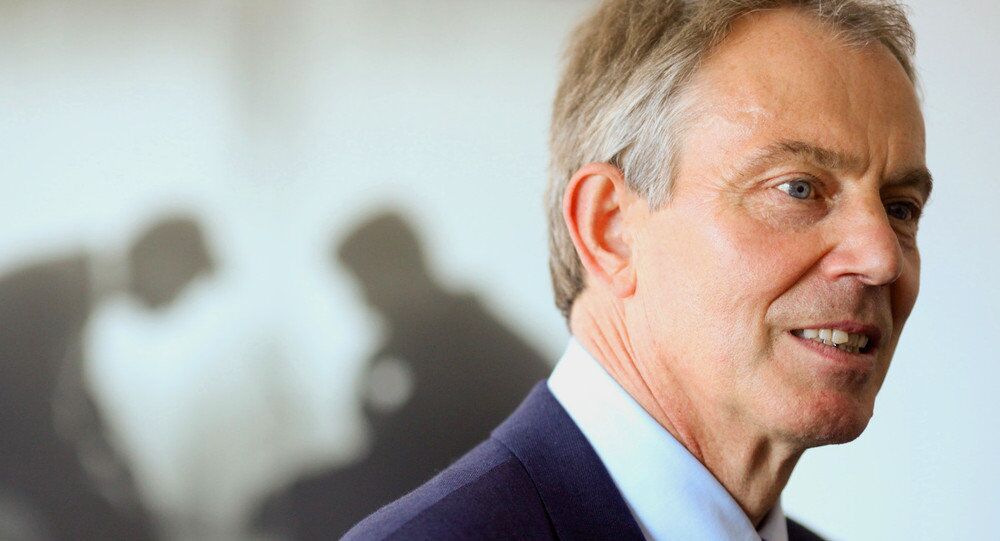 © Flickr / Center for American Progress
Tony Blair 'Should Face Questions' Over Guantanamo Detainee Torture
MOSCOW (Sputnik) — The refusal comes after Laurence Robertson, chair of the committee, extended on January 6 an invitation to the ex-British prime minister to give evidence on the provision of arms by then-Libyan authorities to IRA in 1970-1990s and the compensation for the bereaved from the Libyan assets frozen in England.

According to a spokeswoman for Blair’s office, cited by The Guardian, the UK politician saw no reason in appearing before the committee to repeat his pledge of non-hindering financial aid to the victims and their families.

"The attempt to implicate me in deliberately trying to stop IRA victims receiving compensation is utterly without foundation and wrong. I appreciate the opportunity you have provided me to set the record straight," Blair said in a letter sent to the Westminster committee in December 2015.

Libya, led at those times by longtime leader Muammar Gaddafi, was one of the main sources of weaponry for the IRA. In the 1980s, Tripoli supplied the extremists with its most devastating weapon, Semtex plastic explosive. As a result, for about 25 years, almost every bomb detonated by IRA contained Semtex.