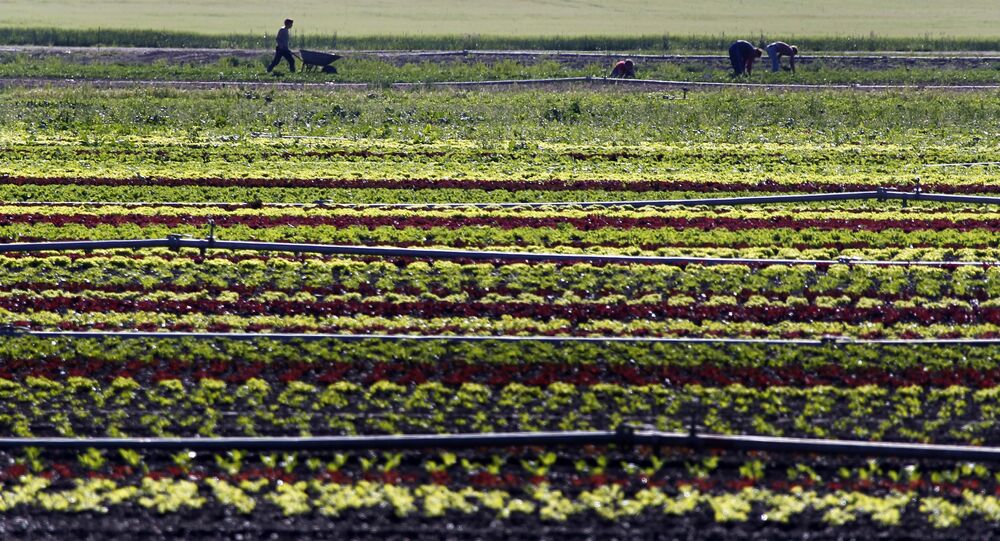 In an exclusive interview with Sputnik, Lambert Hurink, chief executive of the German Association of Emsland’s people said that the incomes of German farmers have significantly decreased due to the impact of the Russian food embargo.

German farmers have seen their financial situation deteriorating sharply as a result of steeply falling market prices and the Russian food embargo, and have repeatedly been calling for an end to the sanctions against Moscow, German Economic News (DWN) reported earlier.

“The main reason [for the deteriorating situation] is that we currently have few opportunities to export dairy products to Russia,” Hurink commented on the issue in an interview with Sputnik.

According to Hurink, Emsland, a region in Lower Saxony that mainly produces dairy and meat products, has been particularly hard hit by the sanctions.

© REUTERS / Fabrizio Bensch/Files
That Awkward Moment: Germany Trying to Bypass Anti-Russian Sanctions
“For a farmer who we say has 1,000 pigs it means that he indeed can sell them, but for 30 — 40 euros less than before. For 1,000 pigs this is up to 40,000 euros. However, the expenses, such as fodder costs, remain the same. So the costs may ultimately turn out to be higher than the revenue,” he argued.

According to Hurink, German farmers have managed to get into the Asian market, but still have a lot of remaining pork and dairy products. Most of them hope that the anti-Russian sanctions will eventually be lifted and the prices will once again increase to their normal levels, enabling German farmers to live on this income.

According to figures of the German Farmers’ Association (DBV), in 2015 German dairy farmers earned only half of what they did in 2014, while meat, grain and vegetable producers suffered income cuts of about 25 percent.