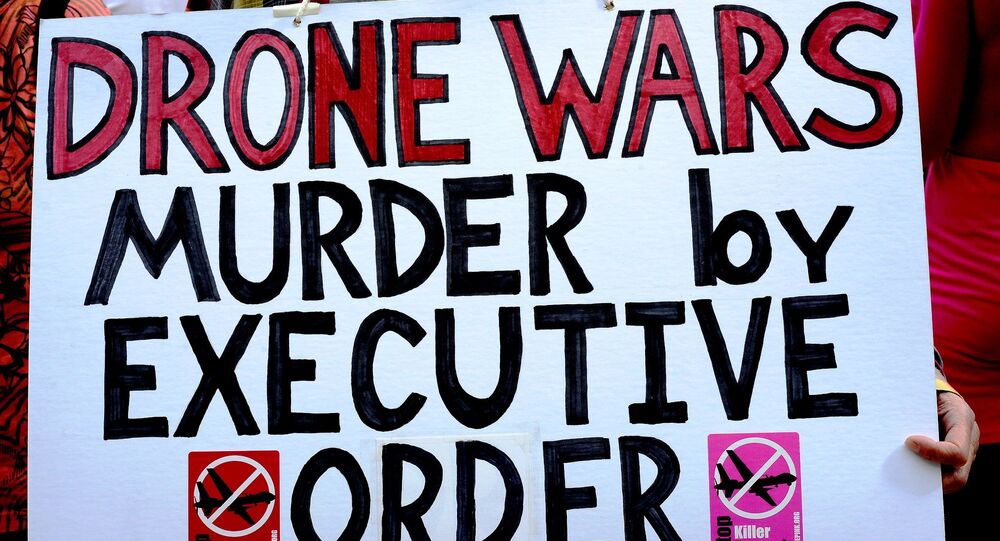 Critics have blasted the UK’s controversial use of drones to carry out its targeted killing program as “entirely ambiguous and shrouded in secrecy,” after Prime Minister David Cameron refused to release all of the defense and intelligence information related to the program.

When questioned on the matter, Cameron refused to grant the UK parliament's Intelligence and Security Committee (ISC) access to examine the military aspects of the targeted killing program.

Following questions from MP Andrew Tyrie, the Prime Minister also failed to commit to calls for certain security-cleared members to be given access to the relevant information.

In refusing the ISC access to the classified information, Cameron said the watchdog's role was to examine intelligence affairs and not those related to defense.

We welcome comments from @David_Cameron that MoD will 'look at' alleged civilian casualty events in Iraq, which may be linked to UK strikes

However, Mr Tyrie said the ISC's work in investigating the government's targeted killing program "could be rendered meaningless" if it was barred from crucial elements of military information.

While taking questions from the House of Commons Liaison Committee, Cameron was also quizzed on whether the government would publish its policy on using drones as part of the targeted killing program.

Cameron once again refused, saying that he had set out his position to the House of Commons and that publishing such a policy might "get us into more difficulties."

The UK has come in for significant criticism over its targeted killing program after it was revealed that in August, RAF-controlled drones killed two Britons suspected to have been fighting alongside Daesh.

The strikes were carried out despite the UK not having the legal right to intervene militarily in Syria.

As a result, the UK's Joint Committee on Human Rights launched an investigation into the use of drones for its targeted killing program, amid fears it may be against international law.

Beyond Accountability and Oversight

Kat Craig, legal director at international human rights organization Reprieve is among the critics of the government's actions, saying the prime minster's failure to disclose sensitive information to parliamentary committees is deeply concerning.

"Despite the prime minister's assurances to the contrary, the UK's targeted killing program is entirely ambiguous and shrouded in secrecy. Just because it may take a bit of effort to formulate a policy, it does not mean the government can wholesale refuse to do so. In fact, the Government is under a legal obligation to formulate and publish a clear and unambiguous policy, especially when we're talking about state killing," she said.

"Moreover, the Prime Minister's refusals to share vital information with the ISC raises the disturbing possibility that — much like the controversial US drone program — UK targeted killing may be beyond accountability and oversight."