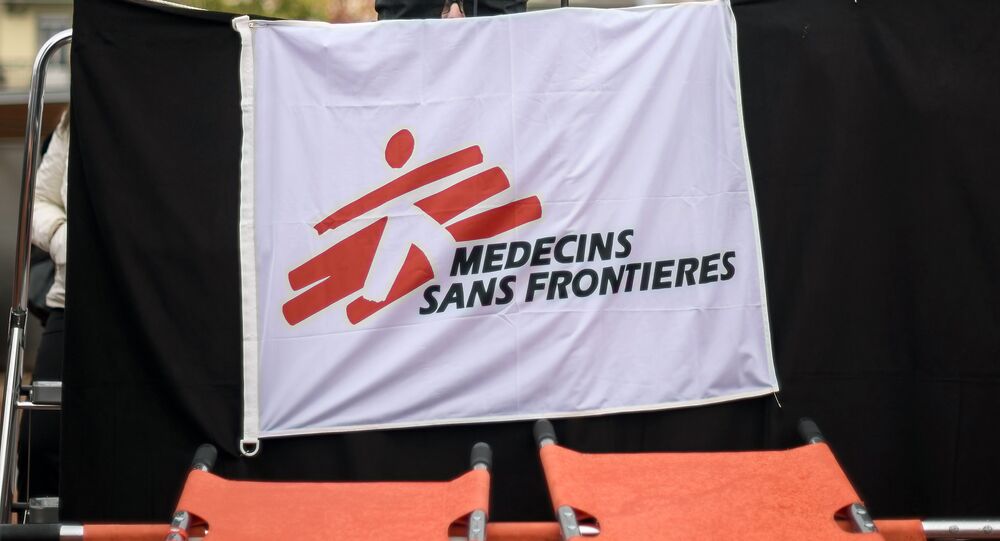 The French government is not spending a single penny on the construction of a new refugee camp built by Medecins Sans Frontieres (MSF), the head of the MSF mission in France told Sputnik Wednesday.

MOSCOW (Sputnik), Daria Chernyshova — MSF has been granted permission to construct a refugee camp in northern France near Dunkirk for 2,500 people who currently live at an informal site in Grande Synthe.

"The state is not putting a penny in that camp because it is not a state camp," Michel Janssens said.

He added that apart from not obstructing the construction of the camp, which is hoped to improve the appalling conditions of the 2,500 people who currently live one kilometer away from the new camp site, the French government is doing nothing to support the project.

The new camp will open in a month’s time as "it will take around a month to put 500 tents for 5 people each and to make the new camp clean," Janssens said.

© AP Photo / Thibault Camus
France to Open Refugee Camp for 2,500 People in Four Weeks
Although the new camp will include sufficient water points, toilets, showers, kitchens and communal facilities, Janessens noted that the camp will still provide only minimum conditions and will be a "a provisional place where people will be in better conditions that they are now."

Janessens said that the only state camp in France was the one in Calais, but expressed hope that the French government would start to contribute more in the coming months.