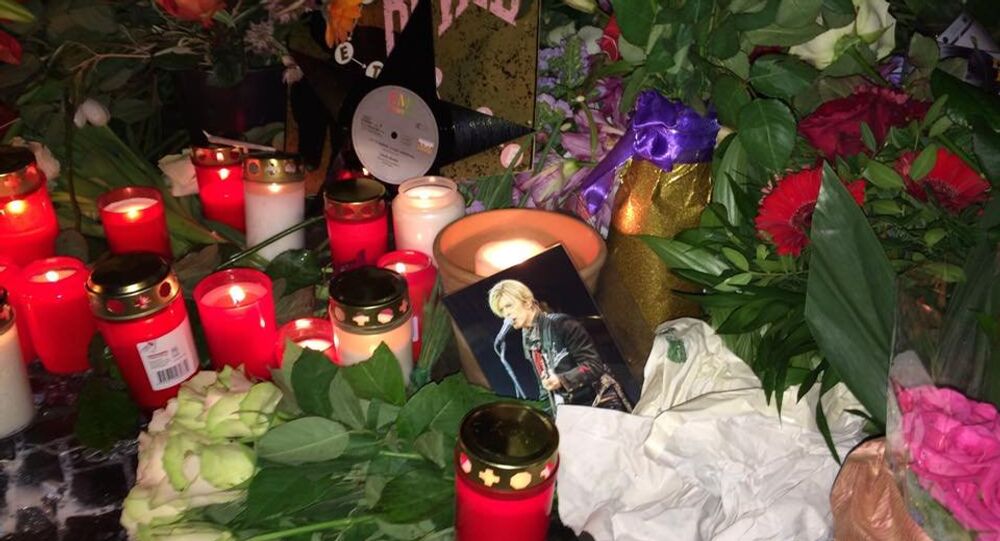 A petition launched on Change.org to bring David Bowie back from the dead has already gathered over 2,000 supporters.

Created by a fan in Rome named Andrea Natella, the petition is titled, “Say no to David Bowie dead,” and is addressed to, “God, or whom it may concern.”

“Dear Mr. God, you already have Lemmy, Freddie, Lou, John, Jimi…don’t be greedy and give David back,” one supporter commented along with their signature.

Many other commentators voiced their lack of desire to live on a planet without the beloved artist.

“I do not believe that humanity is ready to absorb the cosmic void that is being created. No, please,” another wrote.

Bowie passed away on January 10, at the age of 69, just days after releasing his final album, Black Star, on his birthday. He had been secretly battling cancer for 18 months.

Former Canadian astronaut Chris Hadfield, who recorded a cover of “Space Oddity” which became the first track to ever be recorded in space, also wrote a touching tribute to Bowie on Facebook.

“With much respect to a genius, a silent moment of reflection: ashes to ashes, dust to stardust. Your brilliance inspired us all. Goodbye Starman,” Hadfield wrote.

Aside from online grieving and petitions, there have been many memorials and tributes staged across the globe.

In the Brixton area of London on Monday, hundreds of fans gathered near his birthplace to sing their favorite Bowie songs. At the Brixton Underground Station nearby, a mural of the singer was decorated with hundreds of flowers.

A Berlin apartment where the musician lived in the 1970s became a makeshift shrine Monday night as well, with hundreds coming to pay tribute to the beloved one-time Berliner.

In the United States, flowers, candles, and glitter adorned the artist’s star on the Hollywood Walk of Fame.

Space Odyssey on the Trans-Siberian: Bowie in the USSR