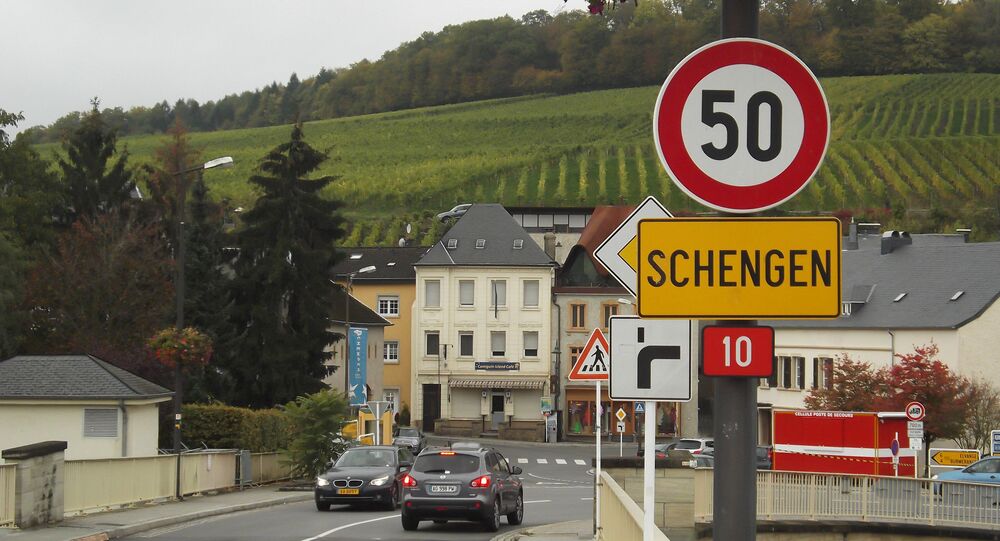 Europe has to control its outer, not internal borders, and the very existence of the single currency depends on the survival of Schengen, the German chancellor said.

© AP Photo / Bernd von Jutrczenka
Refugee Influx Repercussions: Europe’s Schengen System is on Its Deathbed
The success of Europe's single market and currency is dependent on the survival of the Schengen Area, German Chancellor Angela Merkel said on Monday, remarking that the EU is "vulnerable" due to a lack of control of migration.

"We are vulnerable … because we do not yet have the order, the control, which we would like," Merkel told an economic forum in Mainz, German newspaper Die Welt reported.

The Schengen Area is supposed to guarantee freedom of movement for people and goods between all but six of the 28 EU member states without border checks.

Romania and Bulgaria are currently in the process of joining Schengen and four states from outside the EU (Iceland, Norway, Switzerland and Liechtenstein) are also a part of the economic area.

Merkel said on Monday that Europe must better control its external borders in order to save Schengen and the single market; as the Eurozone's largest economy, Germany must fight for the preservation of the single market.

"The Euro and the freedom of movement across borders are directly related," Merkel said.

"No one should pretend that you can have a common currency without having a fairly simple crossing of borders."

In November last year Sweden re-imposed checks at the border it shares with Denmark in response to the migrant crisis in Europe, which saw more than one million migrants and refugees enter Europe. In January, the Danish government responded by also introducing border checks at Denmark's border with Germany.

"I don't want to dramatize the situation, but I admit — this is a challenge. 2016 will become a serious test for the Schengen area," Linkevicius said.