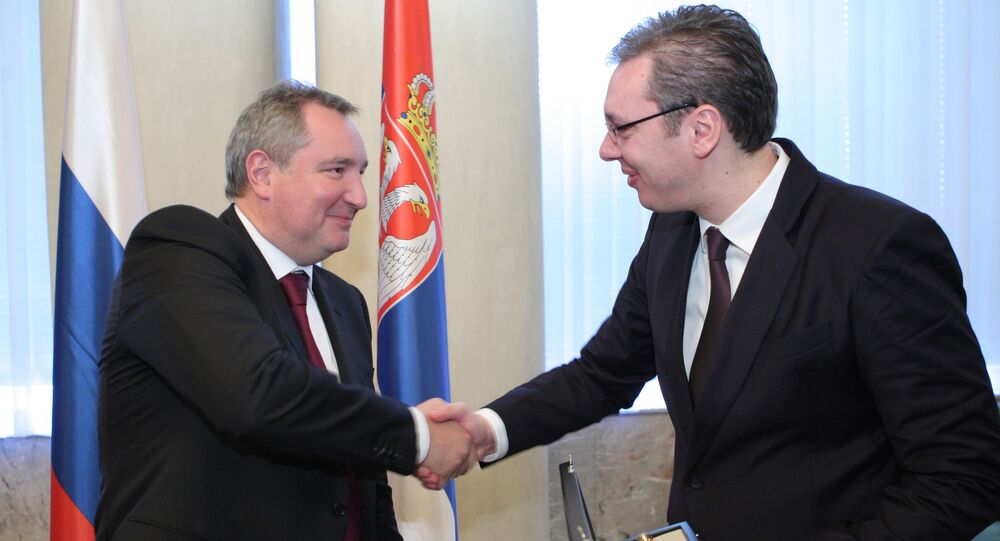 Russian Deputy Prime Minister Dmitry Rogozin said that Serbia managed to double its exports of agricultural products to Russia in 2015, however, "it is still not enough."

Earlier in the day, Rogozin met with Serbian Prime Minister Aleksandar Vucic and discussed a number of bilateral economic issues during his visit to the Serbian capital of Belgrade. The visit came after Russia's decree on economic restrictions against Turkey, including a food import ban on some products, came into force at the beginning of the month.

"Today, I addressed Mr. Aleksandar Vucic with a proposal to send the minister of agriculture or some high ranking employee from the [agriculture] ministry to Moscow, in order to directly conduct talks on a multiple increase in agricultural products flow, in demand in the Russian market," Rogozin said at a press conference during his visit to Belgrade.

Serbia managed to double its exports of agricultural products to Russia in 2015, however, "it is still not enough," the official added.

According to the deputy prime minister, there is great potential for Serbian companies in the Russian construction market.

On November 28, Russian President Vladimir Putin signed a decree on economic measures against Ankara in retaliation for Turkey's downing of a Russian Su-24 attack aircraft in Syria. The decree, which entered into force on January 1, 2016, includes a food import ban on certain categories of products, including fruits, vegetables, and poultry products.

The anti-Ankara measures also include bans or restrictions on the activities of Turkish organizations in Russia, and curbs on Turkish citizens' employment in Russian firms, especially in the construction industry.

Russia May Transfer Car Parts Manufacturing From Turkey to Serbia