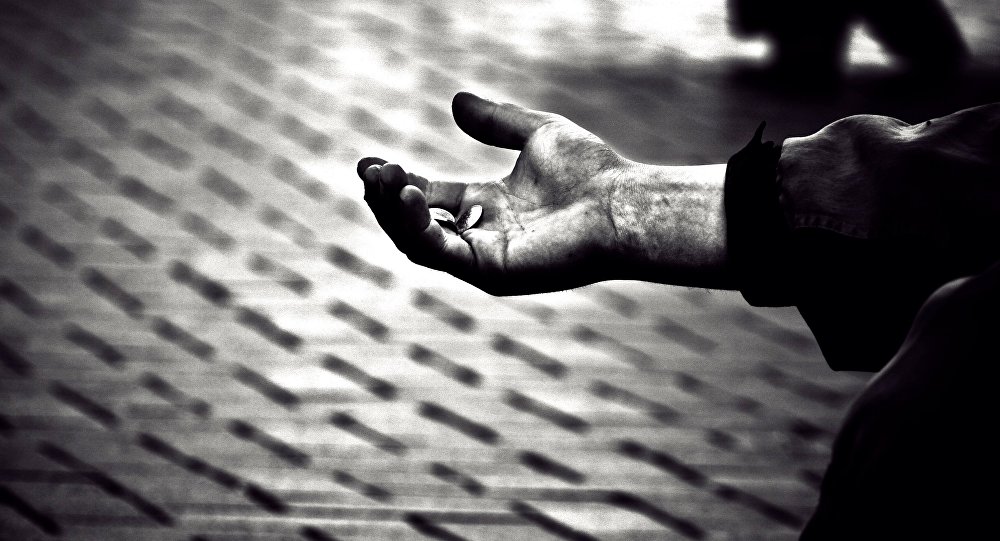 Britain's new "blitz" on poverty has been revealed after Prime Minister David Cameron announced his intentions to bulldoze some of the poorest housing estates in the UK to tackle drug abuse and gang culture.

In an article for the Sunday Times, David Cameron wrote: "Within these so-called sink estates, behind the front doors, families build warm and welcoming homes. But step outside in the worst estates and you're confronted by concrete slabs dropped from on high, brutal high-rise towers and dark alleyways that are a gift to criminals and drug dealers."

© Flickr / Nico Hogg
A "sink" estate is a British council housing estate under the control of a local authority, often characterized by having extremely high levels of poverty and social deprivation.

Citing the 2011 riots that erupted across the UK, following the shooting of a young black man by a London police officer, David Cameron said that three out of four rioters lived in sink estates.

"The riots of 2011 didn't emerge from within terraced streets or low-rise apartment buildings. The rioters came overwhelmingly from these post war estates. That's not a coincidence," he wrote.

"Decades of neglect have led to gangs and antisocial behavior. Poverty has become entrenched, because those who could afford to move have understandably done so."

The conservative government will spend US$203 million (£140m) rehousing people forced to leave council estates earmarked for demolition. The plan is also for the private sector to help pay to rebuild new houses.

However critics of the announcement suggest that bulldozing council estates is just ironing over the cracks of poverty, gangs and social deprivation in Britain.

"Government regeneration plans to bulldoze 100 of the country's worst sink estates must focus on supporting people living there if true regeneration is to be achieved," according to Tony Armstrong, head of housing charity Locality.

"We need to learn lessons from the past," said Armstrong, suggesting that the people living on the estates should be involved in the process.

"Local people know what is needed in their neighborhood and they should be the ones who set the priorities and own the process."

In response to the pledge to spend US$203 million, George Ferguson, Mayor of Bristol, England, said it should be ten times the amount, if Cameron was serious about "blitzing" poverty.

Natalie Bennet, leader of the Green Party, says the plans to give residents between two and five year tenancy agreements are "not a recipe for successful communities."

Critics of the plan remain skeptical as to whether the Conservative government actually plans to fight gang culture or target social housing and welfare in the UK.

The sink estates, reportedly earmarked for demolition, include the Winstanley estate in Wandsworth, south London; and Broadwater Farm in Tottenham, north London, where the 2011 riots started.

Rebuilding sink estates with £140m is like trying to buy a house in London with £14k. A token sum that will be used to package for investors

Offering a perspective into the current housing situation in the UK and the Conservative Party's housing policy, Labour leader Jeremy Corbyn told the Today program that "if we carry on like this, in this country, we end up with a more divided Britain. We end up with more people sleeping homeless. We end up with more young people in overcrowded accommodation and underachieving at school.

"We have a housing strategy that denies opportunity for everybody — middle class families whose children can't leave because they can't afford to buy anywhere; poorer families can't get any Council housing and forced into very expensive private rented accommodation."

In his promise to transform some of Britain's most rundown estates, David Cameron says:"For some, this will simply mean knocking them down and starting again. For others, it might mean changes to layout, upgrading facilities and improving local road and transport links."

Tony Armstrong, head of housing charity Locality, however, suggests that the focus should be on people — not houses, if the project is to succeed.

"A focus on supporting the people living on the estates, rather than just the bricks and mortar, is essential in helping these neighborhoods thrive."

Tory Policy to Drive 2Mln Children Into Poverty by 2030 – Study

Britain Facing Backlash After Investing in Bombs Over Benefits