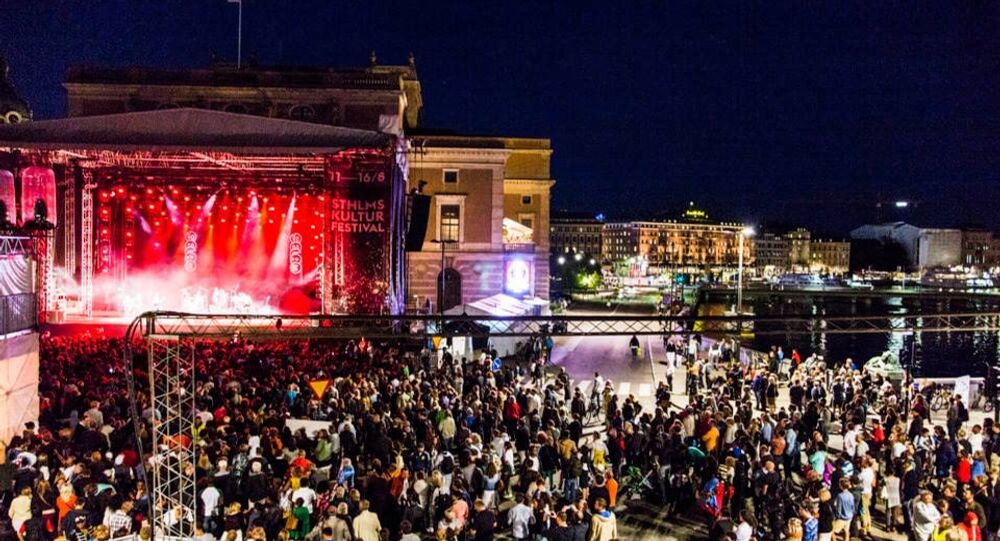 A series of sexual assaults on German women in Cologne on New Year’s Eve shocked Europe and sparked public outrage, however it has now emerged that a very similar incident but with a larger number of perpetrators and victims, took place in the Swedish capital last summer, but was hushed up by the local mainstream media.

© AP Photo / Thibault Camus
Sexual Harassment in Cologne on New Year's Eve Prepared - Justice Minister
“On Saturday August 15th, the nationally acclaimed and outspoken feminist artist Zara Larsson headlined the youth festival ‘We Are Sthlm” with a crowded concert in Kungstraedgarden in central Stockholm. Thousands of young people were in attendance to take part in the event during the last summer nights of the year,” says the article on the outlet’s website.

“But for an unknown number of young girls the festival soon became a nightmare. Hordes of young men pressed against young girls, fondled and tried to cop a feel over and under skirts, pants and shirts. There were severe sexual assaults happening right in front of the stage, where artists such as Larsson and rapper OIAM performed.”

During a single night police and security guards had to intervene against around 90 younger males, but even adult men took part in the abuse, the website quotes an eye witness as saying, specifying that the eye witness has professional experience from working at the Stockholm Police Department as a psychologist.

“She was very interested and listened until I told her that all the boys and men that were apprehended were young asylants (unaccompanied is the terminology used by Swedish authorities) from Afghanistan and Syria. I sensed that she changed the tone (of her voice). But she also said that she would contact the police,” Nyheter Idag quotes the psychologist as saying.

The journalist then got the phone number of one of the police officers who were on duty during the event in Kungstraedgarden who could provide a recollection of the events.

But she appeared to be rather uninterested in his recollection of the events, saying that the editor at Dagens Nyheters Stockholm section dismissed the whole story as “SD fabrications” (SD, or Sweden Democrats, are a populist anti-migration party that for a long time has been at odds with Swedish mainstream media).

© AFP 2021 / Roberto Pfeil
Cologne Sex Attacks: One More Outrage Could Mean the End of Merkel
Here, however, is what the same very officer told the alternative media website.

The officer explained that he worked for several evenings during this week in Kungstraedgarden square. He described how he and his colleagues had to apprehend a large number of young men who sexually assaulted girls, a majority being unaccompanied refugees from Afghanistan.

The police officer, who has worked on the force for over 20 years, emphatically stated several times that the events in Kungstraedgarden were systematic and extensive in number.

Following the events in Cologne the Swedish mainstream media since has jumped on this local story.