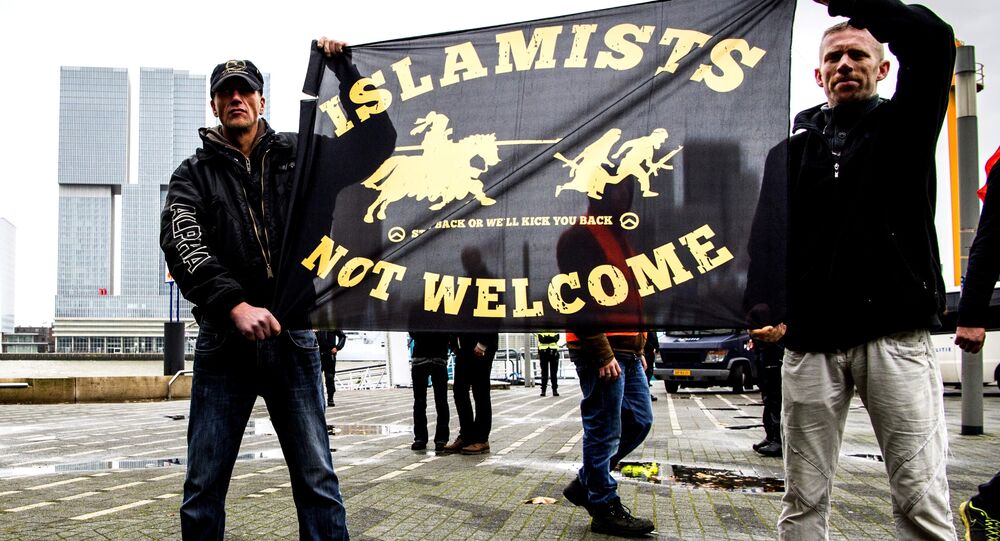 As the debate ensues over Chancellor Angela Merkel's open door policy towards refugees and migrants, another rally is being organized by the extreme right-wing anti-Islamic group Pegida, scheduled to take place in Germany on Monday night.

A recent protest by supporters of the anti-immigration political movement turned violent after members threw bottles and firecrackers during a march in Cologne, leaving two Pakistani men and a Syrian man injured.

According to reports in Cologne's local newspaper Der Express, the attacks were carried out by gang members who arranged to meet on social media to start a "manhunt" on foreigners.

The march had been planned in response to the number of sexual assaults on women on New Year's Eve and the allegations that police and German media tried to cover up the attacks. A regional parliamentary commission in North-Rhine Westphalia will question the police over the events.

Initial findings from a criminal investigation by German authorities have found that all of the suspects in the Cologne attacks were "of foreign origin."

"Witness accounts and the report by the police as well as findings by the federal police indicate that nearly all the people who committed these crimes were of foreign origin," said Ralf Jager, North-Rhine Westphalia Interior Minister.

It's since emerged that police elsewhere in Hamburg received 133 complaints from women who were sexually assaulted or robbed in the city's red light district on New Year's Eve. In Frankfurt, 15 women reported being assaulted and 12 women told police in Stuttgart that they had been attacked.

The attacks on New Year's Eve has exacerbated support for anti-immigration groups like Pegida — which is capitalizing on the growing public resentment towards Angela Merkel's open door policy to refugees and migrants — and therefore, organizing more public protests.

According to German newspaper Der Speigel, support for Pegida, which stands for Patriotic Europeans Against the Islamization of the West, is growing and the far-right group is "becoming more radical." Anti-immigration demonstrations in the Eastern German city of Dresden have repeatedly turned violent.

© REUTERS / Wolfgang Rattay
A supporter of the anti-immigration right-wing movement PEGIDA (Patriotic Europeans Against the Islamisation of the West) holds up a sticker for a photo during a demonstration rally in Cologne, Germany January 9, 2016. The sticker reads, "Merkel must go!"
There are also calls for tougher immigration policies and rules with speedy deportation procedures for migrants who break the law, as well as increased surveillance in public areas in cities across the country.

More than 1 million migrants arrived in Germany in 2015 — that's more than in any other European country.

German Government Says 'No Excuse' for Crimes Against Migrants