The survey of nearly 1,000 people living with cancer in Great Britain found that one in ten (10%) would be unable, or would struggle, to pay their rent or mortgage if they lost £30 a week, according to Macmillan Cancer Support.

© REUTERS / Denis Balibouse
Half of UK Population to Get Cancer Diagnosis in Lifetime by 2020
MOSCOW (Sputnik) – People with cancer in the United Kingdom may lose their homes if the government goes ahead with planned benefit cuts in 2017, a charity said Monday.

In 2015, the UK government proposed to cut by 30 pounds ($44) the weekly allowance paid to people who are ill and unable to work, but might be able to work in the future. The policy is expected to come into force in April 2017.

"The survey of nearly 1,000 people living with cancer in Great Britain found that one in ten (10%) would be unable, or would struggle, to pay their rent or mortgage if they lost £30 a week," Macmillan Cancer Support said in a statement published on its website.

The statement added that around 3,200 cancer patients in the United Kingdom currently relied on the government benefit, which currently stands at 102.15 ($149) pounds weekly. 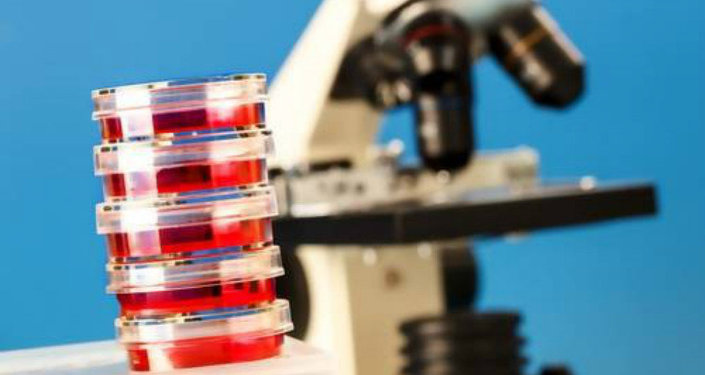 © East News / Value Stock Images
UK to Test New Cell-Gene Therapy for Lung Cancer in 2015
The charity urged the government to halt the planned cuts, explaining that living with cancer was very expensive, as it entailed extra expenses such as transport to and from hospitals and additional home heating costs after patients have undergone special treatments.

In July 2015, UK Chancellor of the Exchequer George Osborne announced the new budget plan for 2016-2017, which envisages cuts to the welfare system and measures to prevent pay increases of more than 1 percent a year for public sector employees.