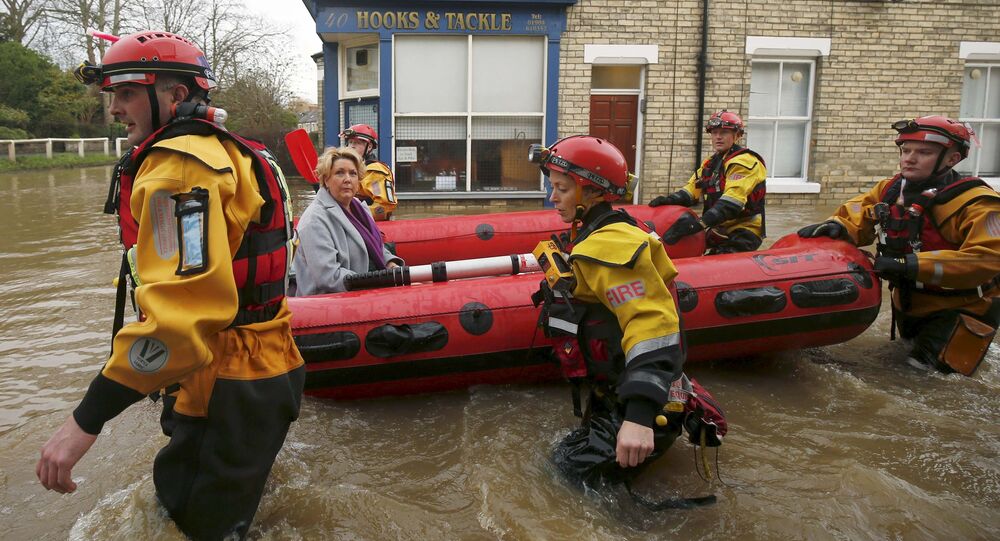 The latest estimates suggest the final amount ABI members will spend on customers affected by flood damage in the United Kingdom is likely to be around £1.3 billion, according to the Association of British Insurers (ABI) statement.

"The latest estimates suggest the final amount ABI members will spend on customers affected by flood damage is likely to be around £1.3 billion," the association said in a statement.

According to ABI, almost 24 million pounds have already been disbursed to homeowners and businesses, with nearly 15,000 claims for property damage caused by flooding lodged to date.

© REUTERS / Phil Noble
Cameron Chairs Emergency Meeting on Floods in North-West UK
Three storms hit northern England and Wales, as well as Northern Ireland and Scotland in December and over the New Year period. Hundreds of people were forced to flee their homes due to unprecedented flooding, with record river levels witnessed in some parts of northern England. Tens of thousands of homes were left without electricity because of heavy rain and strong wind.

Over 3,000 families are currently staying in alternative accommodation while repairs are being made to their homes, according to ABI.