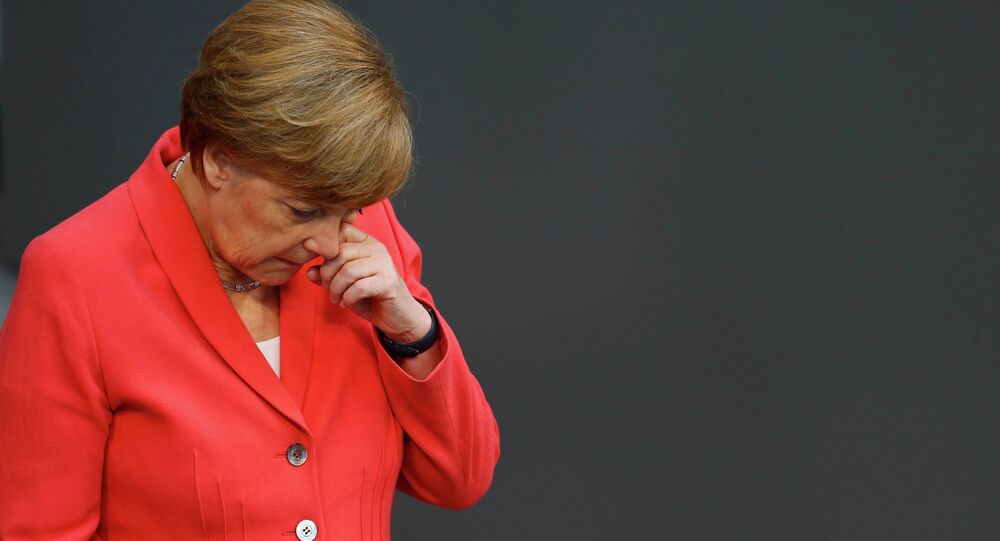 According to a source in the German government’s press service, Angela Merkel will not attend the Davos Global Economic Forum.

© REUTERS / Wolfgang Rattay
Merkel's Migrant Weakness Could Prove Fatal for Political Reign
BERLIN (Sputnik) – German Chancellor Angela Merkel will not attend the Davos Global Economic Forum slated for January 20-23 in Switzerland because she had no prior plans of attending it this year in the first place, a source in the German government’s press service said Monday.

“The chancellor wasn’t planning a trip to Davos, so there wasn’t a trip cancellation,” the source told RIA Novosti.

Earlier, Financial Times reported that Merkel had cancelled her trip because of the recent events in Cologne where a large group of women were accosted by migrants on New Year’s.

Several hundred criminal cases have been filed after dozens of women in Cologne were robbed, threatened and sexually assaulted by small groups of aggressive men mostly of Arab and North African origin on New Year’s Eve.

The Geneva-based World Economic Forum (WEF) annual meeting is traditionally held between late January and early February in Davos. The Swiss town is the venue for discussion of the most acute political and economic issues by representatives of dozens of countries.