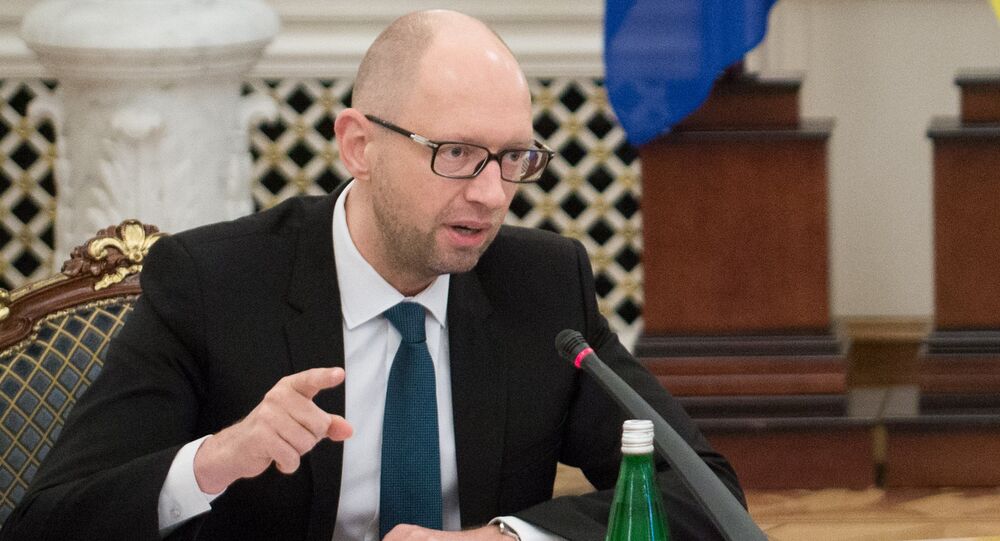 Ukrainian Prime Minister Arseniy Yatsenyuk said that Kiev can buy gas from the European Union at a cheaper rate than Russia has offered, adding that the average price of gas from the EU stands at about $200.

KIEV (Sputnik) — Ukraine has announced that it won't buy gas from Russia at the suggested price of $212 per 1,000 cubic meters; it can buy it cheaper in Europe, Ukrainian Prime Minister Arseniy Yatsenyuk insisted on Sunday.

"We have stopped buying gas from the Russian Federation. On January 1 they billed us at a price of $212 per 1,000 cubic meters. We are not buying gas from Russia because we buy it from the European Union cheaper than Russia has offered. The average price of gas from the EU stands at about $200," Yatsenyuk said in a video address.

In late November, Yatsenyuk announced that the government of Ukraine had instructed the country's Naftogaz to halt all future purchases of Russian gas, saying the pricing being offered by the country's European partners was much lower than that offered by Moscow.

Ukrainian Gas Transits to Europe, Moldova Up By Almost 8 Percent