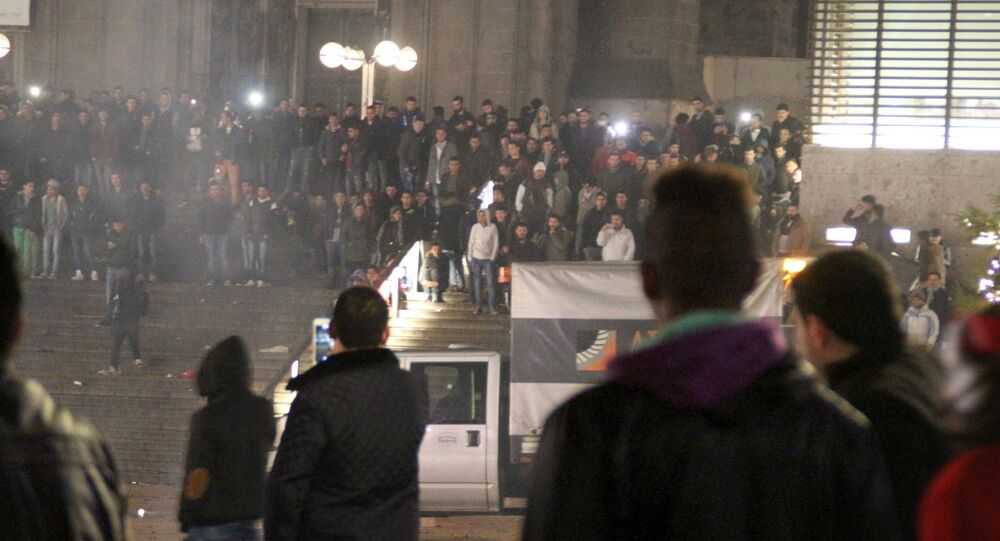 Following the Cologne attacks, Düsseldorf residents have created a Facebook group "Düsseldorf on alert!". Members of the group intend to patrol the city on weekends and during mass events.

© REUTERS / Wolfgang Rattay
'Beyond Description': Leaked Police Report Reveals Horrific Details of Cologne Sex Attacks
The city police are unhappy with the new development. The monopoly on the use of force belongs to the state, the police press service stated.

Following the mass attacks on women that occurred on New Year's Eve in Cologne, Düsseldorf residents decided to take initiative into their hands.

The activists created a Facebook group "Dusseldorf on alert!" which attracted over nine thousands of people within few days. The main idea of the group is to organize special security groups and establish joint patrols of the city during various events.

"Following the events at the Cologne Central Station on New Year's Eve (nearly 80 sexual assaults and rape, according to the media), we decided to mobilize in Düsseldorf," the main page of the group said.

The group members question the efficiency of the police and the state and therefore want to take responsibility for their own security. They stated that the groups has nothing to do with politics and is only designed to "make our city safe for our women."

Mass attacks against women took place in Cologne and a number of other German cities on New Year's Eve during the celebrations. The German police registered 121 criminal incidents, including sexual assaults and cases of robbery.

The crimes were reportedly committed by gangs of intoxicated men described as being "of Arab or North African" origin.