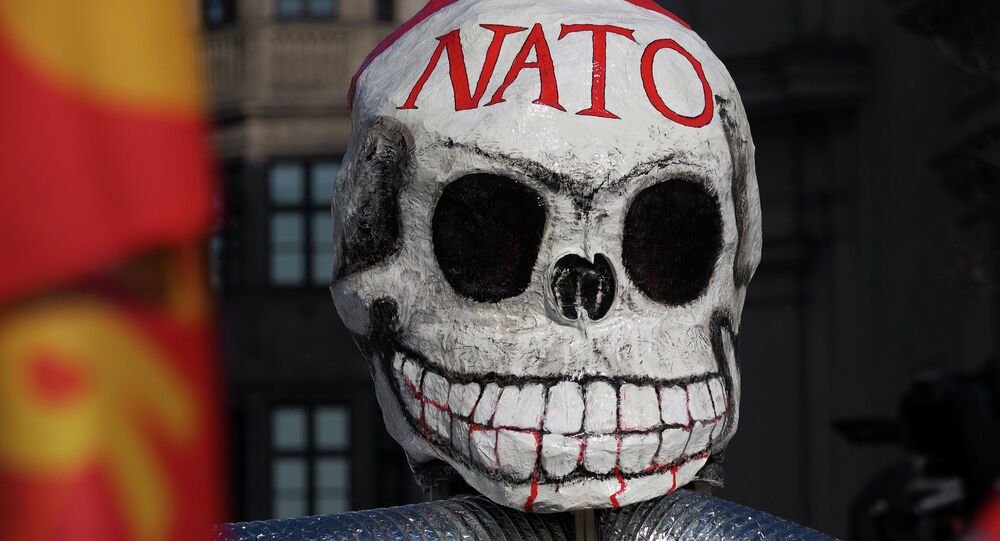 The British Labour Party – already in disarray following the surprise election of left-wing firebrand Jeremy Corbyn as leader – has stumbled into another row. This time it’s over the review of the party’s defense policy and the UK’s membership of NATO.

Corbyn’s aides were swift to stamp on former Mayor of London Ken Livingstone – who is co-chairing a review of Labour defense policy – when he announced that Britain’s membership of NATO would be part of the discussion.

Asked on live TV whether the UK should withdraw from NATO, Livingstone replied: "That’s one of the things it will look at. There will be many people wanting to do that".

"My main view on this is it doesn’t matter whether you are in NATO or not terribly much because the Cold War is over. The question is, if you are going to stay in NATO, what is its role going to be? Is it going to be invading more countries in the Middle East? I’m not in favor of that."

However, a Labour spokesman quickly made it clear in a statement that: "The terms of the defense review are still to be agreed but will not look at our membership of NATO."

Corbyn has been a life-long opponent of nuclear weapons and was a vice chair of the Campaign for Nuclear Disarmament (CND) and chair of the CND Parliamentary group. Having become the leader of the Labour Party, he is now at odds with the majority of his fellow lawmakers who are mostly in favor of the replacement of the UK’s strategic nuclear deterrent, Trident.

Britain is debating whether or not to replace its ageing fleet of Vanguard-class submarines, which carry Trident II D-5 ballistic missiles.

Both David Cameron’s Conservative Party and the Labour Party have been committed to maintaining Continuous-at-sea Deterrent, with new submarines.

Corbyn had hoped that the annual conference in September 2015 could be used to re-open the debate on Trident within Labour to try and bring about policy change. However, he was overruled and the debate never took place.

Instead, Corbyn appointed Livingstone and the previous Shadow Defense Secretary Maria Eagle to lead a defense review in an effort to get his party’s nuclear policy changed. Livingstone is famously anti-nuclear, while Eagle was pro-Trident. This week, in a reshuffle of his front bench team, Corbyn moved Eagle sideways and replaced her with pro-Trident Emily Thornberry.

However, Livingstone’s gaffe over Britain’s membership of NATO further opens up the deep divisions within the Labour Party over its defense policy.

Why Didn't Washington Dissolve NATO After Collapse of USSR?