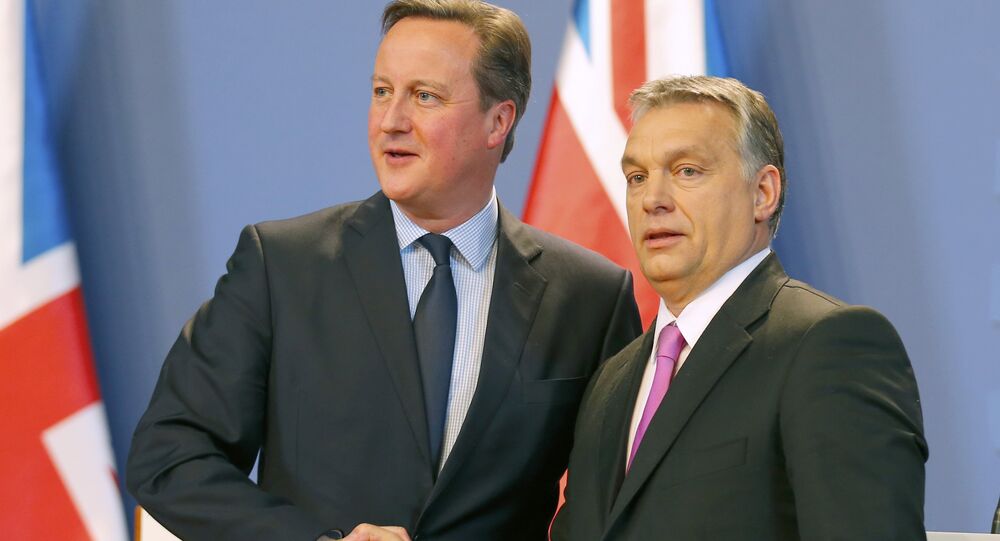 Britain Cozies Up to Hungary to Help Push EU Reforms

The clock is ticking for British Prime Minister, David Cameron to convince European Union member states to sign up to his proposed reforms, which include banning migrants from claiming in-work benefits during their first four years in the UK.

In his attempt to reach a deal by next month’s summit of EU leaders, David Cameron visited his Hungarian counterpart, Viktor Orban, in Budapest where he was told Hungarians were not "parasites" on the British taxpayer.

During a joint press conference, Viktor Orban took the opportunity to remind Britain’s PM that Hungarians had the right to work anywhere in the EU and not at the UK’s expense.

"We would like to make it quite clear that we are not migrants to the UK. We are members of a state in the EU that can take jobs anywhere in the EU. We do not want to be parasites, we want to work there."

Cameron has been told by the President of the European Council that every member state is “against” his ban on access to benefits for migrants and recently received short shrift from Poland’s Prime Minister.

During a recent visit to Poland, Beata Szydlo told the UK Prime Minister she didn’t see "eye to eye" with his proposed welfare reforms.

However at the press conference in Budapest with Hungarian PM Viktor Orban, Cameron said they had made good progress.

"I think we have made good progress right across the EU on all these issues. I am confident we can reach an agreement because there is a bigger picture here as well, which is the importance of Britain remaining in a reformed EU, but also for Europe."

"We bring a lot to the EU as well as benefiting from the EU."

Seeing Cameron’s point of view, Orban suggested that Hungary, the Czech Republic, Poland and Slovakia could reach a compromise with the UK over Cameron’s welfare reforms to prevent "abuse" of the system.

"I think we will be able to agree…I am sure we are going to be able to find a solution that is going to be suitable for the Hungarian employees," Orban said.

"The abuses that are seen in social benefit systems have to be eliminated. I made it clear that the Hungarian government does not support any abuses at all."

In what appears to be an approval of David Cameron’s plans to tackle benefit tourism in Britain, Cameron seems to have found an ally – but only on Viktor Orban’s terms.

Hungary may accept the proposed changes – as long as they don’t discriminate against Hungarians working and paying taxes in the UK.