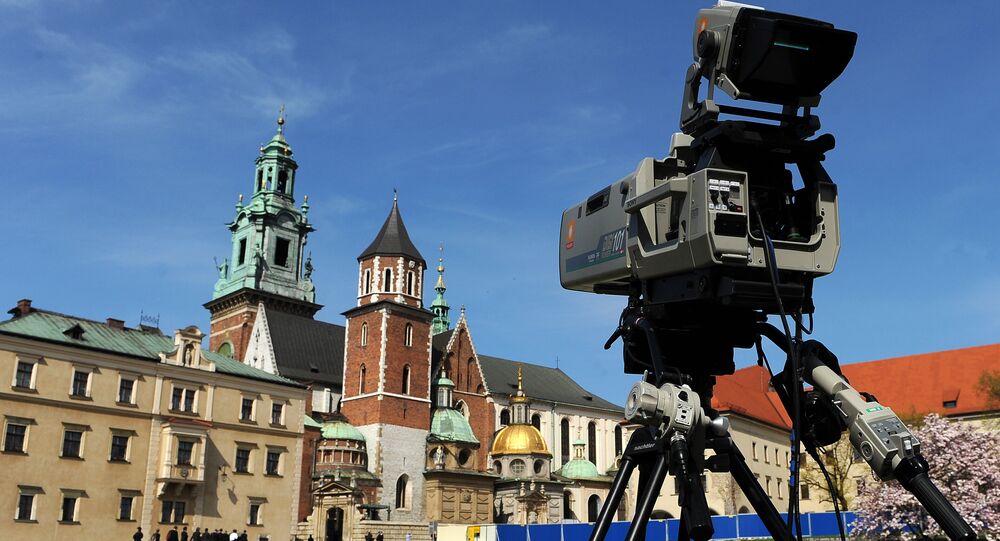 Polish President Andrzej Duda has signed into law a controversial bill allowing the recently-elected government the powers to appoint the heads of public broadcasters sparking rumors of mass sackings in the media.

The media law has drawn criticism from the EU, journalists across Europe and civil rights groups who say the government is taking political control of state media. The move is seen as further proof that the ruling Law and Justice (PiS) party is wiping out dissent.

Presidential spokeswoman Malgorzata Sadurska told reporters: "It's important to the president that state media be impartial, objective and credible," suggesting the government believed the media had not been abiding by guidelines on political reporting during the party’s eight years in opposition before winning powers in October 2015.

A group of international journalists has launched a challenge at the Council of Europe over the new law, which was passed hurriedly before Christmas by the new Warsaw administration.

The complaint – signed by the Association of European Journalists (AEJ) and the International Federation of Journalists (IFJ) and others – states that the new law is an attack on the independence of public service TV and Radio, in breach of Council of Europe norms.

In a further letter to the Polish Government, the AEJ said:

"The AEJ is deeply concerned that that the proposed reforms, if implemented, would effectively bring public service television and radio under the direct control of the government, involve the dismissal of respected journalists for political reasons, and lead to a systematic editorial bias in the content of [public service] broadcasts in favor of the present government."

According to the PAP news agency, all journalists, editors, producers and directors working at Poland's national television company TVP, Polish Radio, the press agency PAP itself and 17 local channels will be sacked to give the new management free hands on who to rehire under a second media bill under preparation.

The move comes amid criticism from the EU over both its media law and changes to the constitutional court. The Polish Government appointed five judges to the Constitutional Tribunal, which is supposed to make independent rulings, leading to accusations that it would make it more difficult to oppose new laws.

The Council of Europe is investigating the media complaint, while the European Commission is investigating whether Warsaw is in breach of the commission’s 'rule of law mechanism', which seeks to rein in EU member governments whose policies and legislation are seen to pose a "systematic threat" to EU values.

Although the mechanism was passed last year, it has never been invoked, so this could be the first time is tested on a member state – covering both media freedom and the health of democracy.

The commission has set a date for a meeting of commissioners – January 13 – to discuss the rule of law mechanism, which could eventually result in the suspension of voting rights in the Council of the European Union.

However, European Commission president Jean-Claude Juncker told reporters in Amsterdam Thursday that he would avoid confrontation with Poland.

"Let’s not overdramatize. It’s an important issue. But we have to have friendly and good relations with Poland. Our approach is very constructive — We’re not bashing Poland," he said.

EU Steps Up Pressure on Poland Over Constitutional Law Row

Poland Wants 'to Leave Dirty Work' of Defense to Washington

Poland to Strengthen Defense Capability on Eastern Border in 2016

EU Urges Polish President Not to Deprive Media of Independence