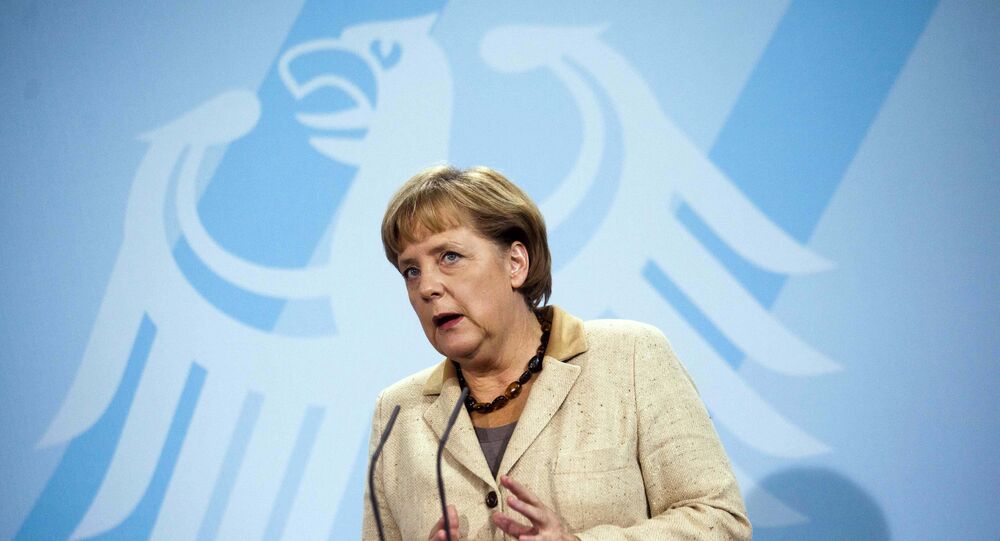 Angela Merkel said that the society must never forget about the fundamental basis of cultural coexistence in Germany.

BERLIN (Sputnik) — The recent attacks on women in the German city of Cologne raise the issue of cultural coexistence in the society, German Chancellor Angela Merkel said Thursday.

"Certainly, it raises serious questions, which go beyond the situation in Cologne. These are the questions on whether there is a connection, a general mode of behavior, whether some groups within the society feel some sort of contempt for women. We must strongly oppose it. Because I do not believe this is a single incident," Merkel said at a press conference in Berlin.

According to Merkel, the German government is obliged to "answer these questions." The chancellor reminded that the Interior Ministry budget had been significantly increased, and the number of federal police officers had been raised by 4,000 people.

© AP Photo / Marc Kleine-Kleffmann
Say What? Cologne Mayor Blames German Women for Provoking Migrants' New Year Assaults
Merkel stressed that "concrete actions" will follow her words and that the society must never forget about the fundamental basis of cultural coexistence in Germany.

On New Year's Eve, dozens of women in Cologne were robbed, threatened and sexually assaulted by small groups of aggressive men allegedly of Arab and North African origin.

The number of criminal charges related to the New Year's Eve attacks in Cologne stands at 121, while investigators have identified a total of 16 suspects, German media reported, citing a police spokesman.