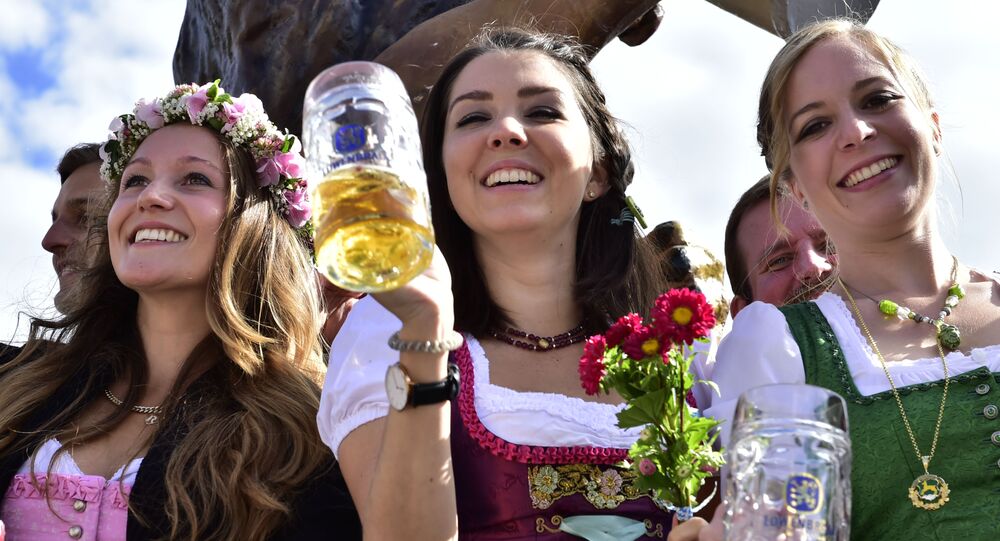 © AP Photo / Markus Schreiber
Refugees Suspected of Attacking Women at Germany's Cologne New Year Celebration
During an emergency meeting on Tuesday, she proposed a number of measures to prevent similar attacks in the future.

In particular, the mayor referred to a code of conduct for young women and girls. In her opinion, women should keep themselves at arm's length from strangers. They also should immediately seek help of passers-by and the police as well as call on other people to bear witness to the attack.

The mayor also suggested the launch of an informational campaign for the refugees to explain them how they should behave during public celebrations.

"It is necessary to prevent confusion and explain the difference between the festive mood and behavior [on the one hand] and promiscuity [on the other]," the mayor said.

Reker's statement caused strong criticism among local residents and journalists who accused the mayor of trying to shift the blame for sexual harassment to the victims.

The German newspaper Frankfurter Allgemeine Zeitung was the first to react to Merkel’s words, releasing an article entitled "Women, hide". The author accused Reker of an attempt to shift the responsibility to the victims of violence and called her stance “impudence.” Later, German TV channel N24 assumed that the Cologne mayor was "not in her right mind.”

The idea of Lord Mayor Reker is finding support all around the world!

At arm’s length#? Then it is not my country anymore.

On New Year's Eve, dozens of women in the German city of Cologne were robbed, threatened and sexually assaulted by a group of 1,000 aggressive men allegedly of Arab and North African origin.

The police received about 90 complaints and confirmed at least one case of rape.