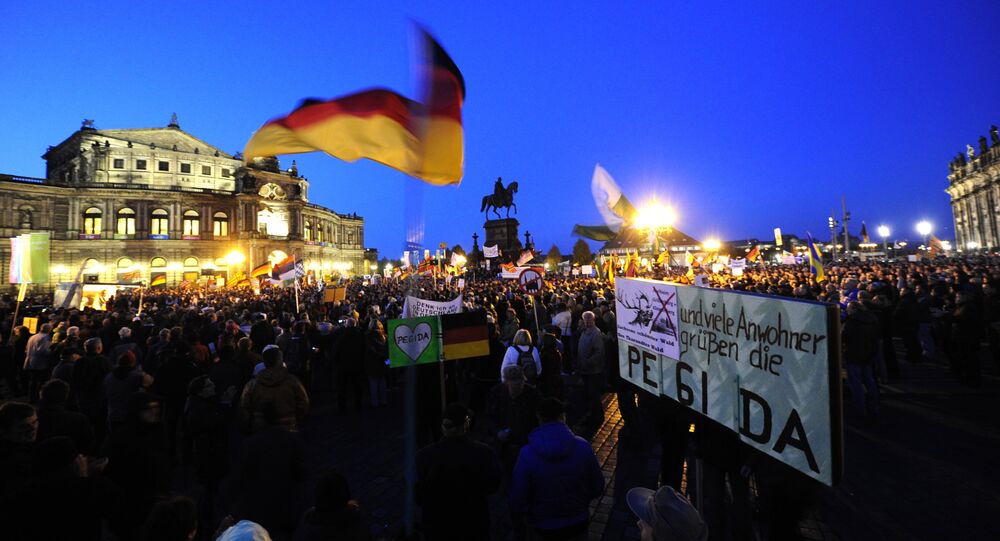 MOSCOW (Sputnik) — The SPD deputies are due to meet on Thursday in Berlin for a two-day conference with internal security and integration at the agenda.

© AFP 2020 / OLI SCARFF
Anti-Islamization Pegida Group Launches UK Offshoot
In the future, "dangerous right-wing extremist tendencies in the AfD party and groups such as Pegida [must] be monitored by the intelligence," the SPD paper reads.

In the paper, the SPD also calls for better equipment of the German security authorities, especially with regard to the fight against Islamist terrorism.