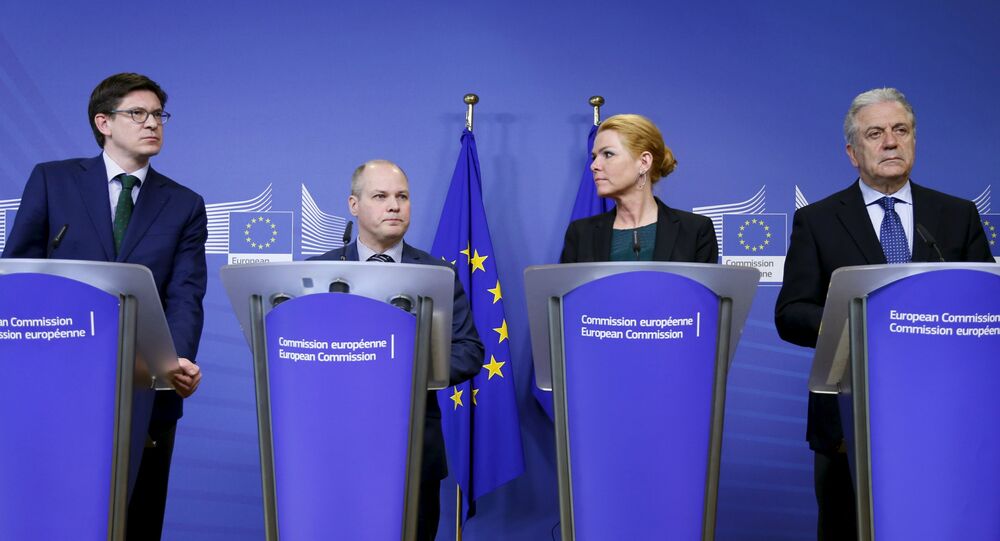 An emergency meeting has been called by the European Commission (EC) over the introduction of border controls by Sweden and Denmark in an attempt to control the flow of refugees moving north within Europe.

Dimitris Avramopoulos, Member of the EC in charge of Migration, Wednesday met Morgan Johannson, Swedish Minister for Justice and Migration, Inger Støjberg, Danish Minister for Immigration, and Ole Schröder, Parliamentary Secretary of State at the German Federal Ministry for the Interior.

"The idea of the meeting is to improve the coordination of the countries in question in order to ensure better administration of migratory flows," said EU commission spokesperson Margaritis Schinas.

Sweden gained permission from Brussels for exemption from the Schengen borderless zone agreement to re-impose photo ID checks on rail, bus and boat passengers crossing between Denmark and Sweden from January 4. The move marked the first time in 65 years that checks have been made on such movement between Copenhagen and Malmö. Rail travelers from Denmark have to disembark at Copenhagen Airport to be routed through the border checks, further delaying the daily commute.

© AFP 2021 / Johan Nilsson
Denmark and Sweden at Loggerheads Over 'Annoying' Border ID Checks
Denmark responded by introducing a ten-day temporary border control with Germany to stem the flow of refugees heading to Sweden. Relations between Denmark and Sweden were put under tension last year when Sweden joined Germany in declaring its doors open to Syrian refugees, sparking the biggest mass migration in Europe since the Second World War.

Denmark said it would impose checks at its border with Germany to prevent a build-up — Calais-style — of migrants within Denmark. Danish Prime Minister Lars Loekke Rasmussen said the decision was "not a happy moment" but Denmark "must respond" to Sweden's restrictions.

The moves follow criticism of the EU for failing to get to grips with the refugee crisis which has seen Hungary, Germany, Austria and other countries reimpose border controls, throwing the Schengen borderless Europe into disarray.

​There has been further criticism of the relocation plan for 160,000 refugees currently in Italy and Greece, of whom only just under 300 have actually been resettled. There is strong opposition in some countries — mainly in Eastern Europe — to a plan by the EC to impose mandatory quotas on countries to take in refugees.

​Wednesday's meeting was hastily arranged but Avramopoulos did not give any comment to reporters following the talks. However, responding to criticism of the EU's failure to respond unilaterally, the European Commission spokesman said there were "a number of areas that do not work optimally. This is part of the difficulty we're facing. The fact these areas are not working optimally does not mean that the Commission is wrong."