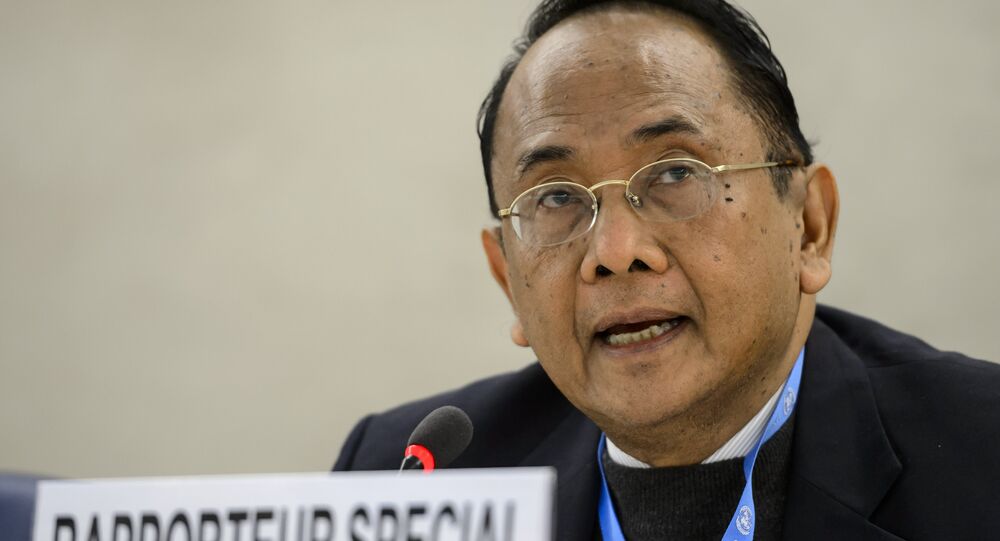 Israel has faced fresh criticism over its occupation of Palestinian territories after the resignation of the UN investigator of human rights violations, Makarim Wibisono.

Wibisono alleges that Israeli authorities backtracked on a pledge to give him access to the West bank and Gaza. He states that, despite repeated oral and written requests for access to certain areas, he received no response from Israeli authorities, leading to his subsequent resignation.

© AFP 2020 / Jaafar Ashtiyeh
Total Palestinian Death Toll for October-December Stands at 135
The former UN investigator says he has a "deep concern at the lack of effective protection of Palestinian victims of continuing human rights violations and violations of international humanitarian law."

This latest incident is one of many between Israel and the UN investigator for Palestinian territories, with Israeli foreign ministry spokesman Emmanuel Nahshon declaring the mandate given to the UN representative to be "distorted and biased."

"Israeli human rights are violated too, every day, by Palestinians and until ignoring this ends, the council will not be taken seriously," Nahshon added.

Disappointed to hear Makarim Wibisono @UN Special Rapporteur for #humanrights in #OPTs, has resigned due to #Israeli refusal to grant access

​The UN position seeks to monitor potential human rights violations in the West Bank, Gaza strip and East Jerusalem, which were captured by Israel in the Six-Day War of 1967.

Wibisono, a former Indonesian diplomat, took up the UN post for human rights in the Palestinian territories in June 2014, at the height of the Israeli military offensive in Gaza.

​His first report in March 2015 called on Israel to investigate and to make public the findings regarding the deaths of more than 1,500 Palestinian civilians killed during the Gaza offensive.

© REUTERS / Ammar Awad
UN Found Evidence of Israel, Palestine Guilt in Gaza War Crimes
He said his efforts to gain access to Palestinian territories were "frustrated every step of the way" by Israeli officials, while noting on the other hand that Palestinian government figures had been cooperative.

"I hope that whoever succeeds me will manage to resolve the current impasse, and so reassure the Palestinian people that after nearly half a century of occupation the world has not forgotten their plight," he said.