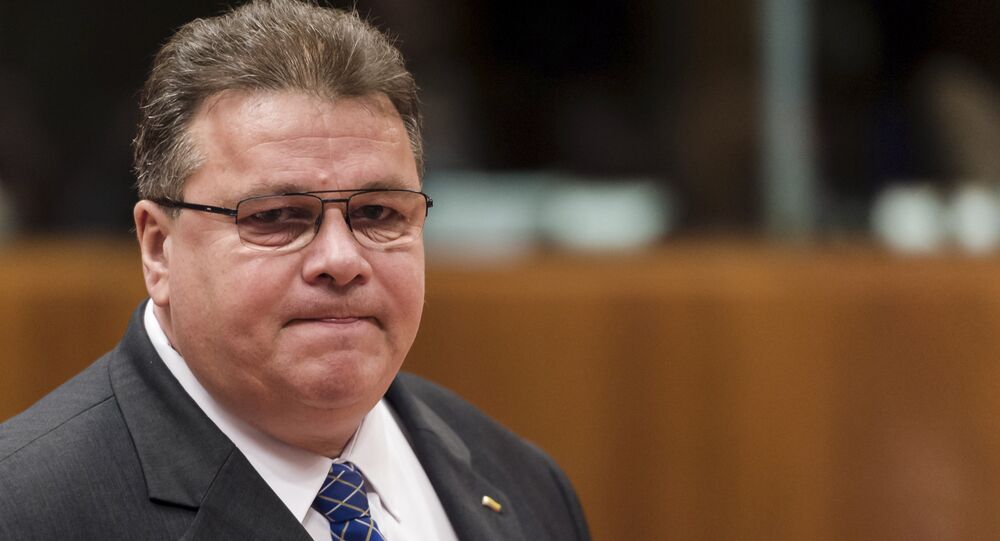 EU to Resume Discussion on Anti-Russia Sanctions in Spring - Official

A discussion on EU sanctions against Russia will start "from scratch" in the spring, Lithuanian Foreign Minister Linas Linkevicius said Tuesday.

© AP Photo / Jens Meyer
Bavarian PM Accused of 'Servile Obedience' to Putin After Criticizing Anti-Russian Sanctions
VILNIUS (Sputnik) — According to the Delfi news portal, the minister said that sanctions against Russian companies would be in place until July 31, but in March the European Union would discuss sanctions against a list of individuals, so the process would start almost from scratch.

According to the foreign minister, the list consists of 170 names, and each case will be considered individually.

Moscow's relations with Brussels deteriorated in 2014 over the Ukrainian crisis, when the European Union along with the United States as well as several other countries imposed several rounds of sanctions against Russia, accusing it of meddling in Ukrainian internal affairs. Moscow has repeatedly denied the allegations.

In December, the European Union extended the economic sanctions against Russia for another six months until July 31, 2016.

Ankara to File Complaint Against Moscow for Imposed Sanctions in Court, WTO