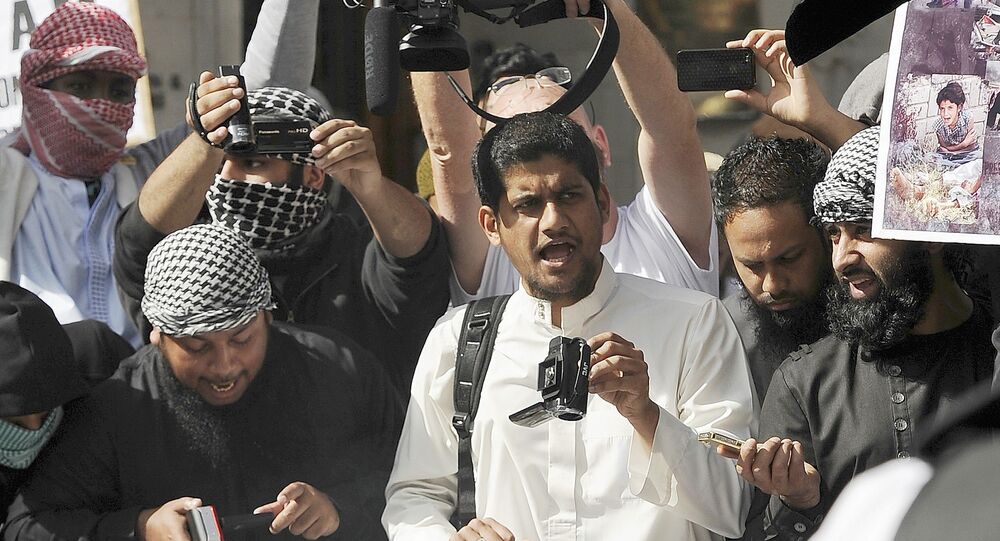 British intelligence is investigating how the man suspected of being the Daesh militant dubbed the new 'Jihadi John' managed to evade security agencies when he fled the country for Syria in 2014, despite being released on bail over alleged terrorism offences.

It has been reported that the man seen shooting a prisoner in the head in Daesh's latest propaganda video is 32-year-old former bouncy castle salesman Siddhartha Dhar from East London.

British media have reportedly spoken to family and former neighbors of Dhar, who believe that he is the Daesh spokesperson in question.

The suspect's sister Konika Dhar said that while the man in Daesh's video did sound like her brother, she wasn't entirely convinced that he was the man in question, who has been dubbed the new 'Jihadi John'.

"I can't believe it. This is just so shocking for me. I don't know what the authorities are doing to confirm the identity, but I need to know if it is."

Siddhartha Dhar, aka Abu Rumaysah, widely believed to be masked man in IS video, told me in 2014 — 'we are in the middle of a global war'

Dhar, a British-Indian Muslim convert who also goes by the name of Abu Rumasayah, has long been known to UK intelligence and was arrested in September 2014 alongside controversial preacher Anjem Choudary for allegedly being part of the banned group Al-Muhajiroun.

​However, just hours after being granted bail, Dhar caught a bus with his family to Paris, where he then traveled onwards to Syria to join Daesh.

The UK has failed the 4 young children of #SiddharthaDhar: they should have been taken away from him as soon as he openly supported #Daesh.

​​Once he arrived in Syria, Dhar took to social media to taunt British intelligence, tweeting: "What a shoddy security system Britain must have to allow me to breeze through Europe to the Islamic State."

"When we descend on the streets of London, Paris and Washington the taste will be far bitterer, because not only will we spill your blood, but we will also demolish your statues, erase your history and, most painfully, convert your children who will then go on to champion our name and curse their forefathers," he wrote.

His escape has led to heavy criticism of British intelligence and security agencies for allowing him to slip through the cracks and leave the country despite being on bail over terrorism offences.

Dhar was alleged to have been a key member of al-Muhajiroun, who often traveled around London trying to recruit troubled youths to Islam.

British intelligence believe they know who the new Jihadi John is- PM's spokesman says an "initial assessment" has been made. No names.

​He had spoken to a range of media outlets such as the BBC, and in an interview with VICE News in 2013 he professed his support to a Syria-based Islamic state.

"We believe that whenever the Sharia is established, the pure Islamic state maybe in Iraq or Syria, one day the leader will wage jihad and annex Britain into the Islamic state.

While intelligence services aim to determine the identity of the man in the Daesh propaganda video, Raffaello Pantucci, director of international security studies at Royal United Services said the man's accent suggests it could be Dhar, or someone else who from London.