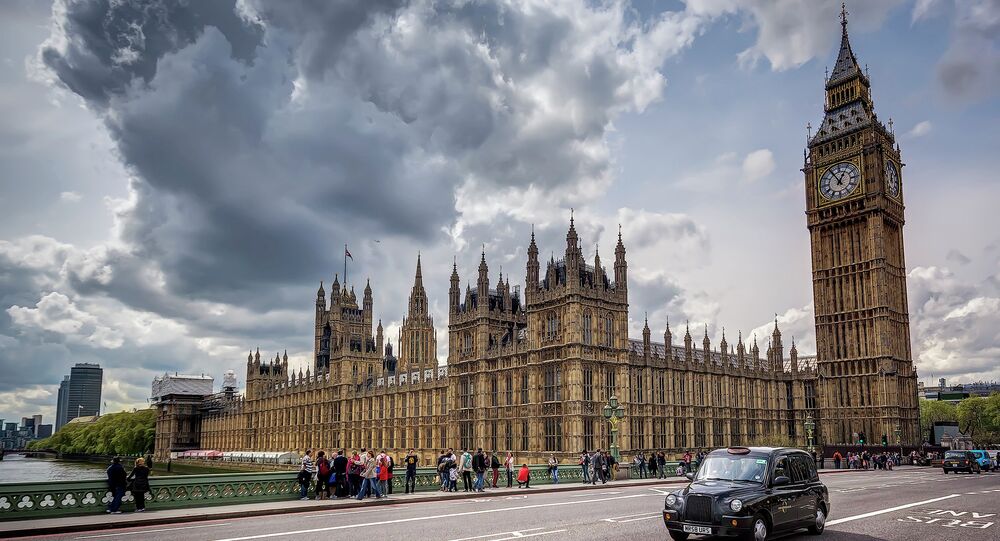 Pressure is mounting on the British government to immediately resettle 3,000 lone refugee children traveling across Europe to protect them from exploitation by human traffickers.

The United Nations children's agency UNICEF has joined calls from the UK's International Development Committee and national charity, Save the Children, for the British government to urgently find homes for 3,000 vulnerable children.

"Children are clearly some of the most vulnerable refugees this crisis has created," noted Stephen Twigg, chair of the committee.

© Photo : Kai Pfaffenbach
Parliament Committee Urges UK to Accept Additional 3,000 Refugee Children
"Having survived the treacherous journey, there is a grave possibility that unaccompanied children become the victims of people traffickers who force them into prostitution, child labor and the drugs trade. This is an issue of utmost urgency."

Responding to the report written by the International Development Committee which monitors the actions of Britain's Development Aid Ministry (DIFD), Unicef's UK Director, David Bull, said that the government's priority must be to protect child refugees in Syria or in Europe.

"Of all the refugees and migrants, who have arrived in Europe, children are at greatest risk; living and traveling alone without family support, they are in danger of abuse and exploitation," said Bull.

The proposal to resettle 3,000 children was initially suggested by Save the Children, which launched a petition in September 2015.

We welcome @CommonsIDC urgent call for the Government to accept our proposal & take in 3,000 unaccompanied children. #RefugeeCrisis

​Commenting on calls from MPs for the British government to step up and save more refugee children in 2016, Justin Forsyth, head of Save the Children, said:

"We estimate that at least 26,000 unaccompanied children entered Europe last year — children who have risked everything to flee war, persecution and extreme poverty alone."

The British government is being asked to support just 3,000 of those 26,000 children and the case made by the committee of MPs, UNICEF and Save the Children is compelling.

"These children need and deserve our help and protection. Left to fend for themselves, lone children are extremely vulnerable along the refugee route. Children report having been beaten, extorted and sexually abused on their journey," Forsyth said.

"This is why we welcome the International Development Committee's urgent call for the Government to accept our proposal and take in up to 3,000 children who have come to Europe without their parents or guardians".

British Prime Minister David Cameron has pledged to resettle 20,000 Syrian refugees over the next five years. A government spokesman said: "We are looking again at the issue of bringing Syrian children to the UK, both from the region and form within the EU".

The UK programme in Syria has already resettled vulnerable children as part of family groups, with 1,000 + refugees resettled by Christmas.

​More than one million refugees arrived in Europe in 2015, according to the International Organization for Migration and many EU countries have responded by closing their borders. Britain, like other member states, has refused to sign up to an EU refugee quota system; instead insisting that the UK would only resettle people from refugee camps.

© AFP 2021 / OLI SCARFF
UK Resettles 1,000 Syrian Refugees Since September
However, in the instance that the British government agrees to urgently resettle 3,000 child refugees — many of whom have already fallen victim to traffickers and abusers — the support available remains limited.

Despite proposing that each child victim of trafficking would be assigned a personal guardian to act on their behalf to help them navigate the many bureaucratic systems in the UK and to aid their recovery, the government issued a statement at the end of 2015 saying that the measure would not be enacted under the  Modern Slavery Act.

Reacting to the statement at the time, Chloe Setter, Head of Advocacy, Policy & Campaigns at ECPAT UK, stated:

"This was an opportunity to commit to a system that has been shown to add value to existing child protection services and give added protection to children who have been exploited."

Refugees Blame UK for Forcing Cyprus to Accept Them