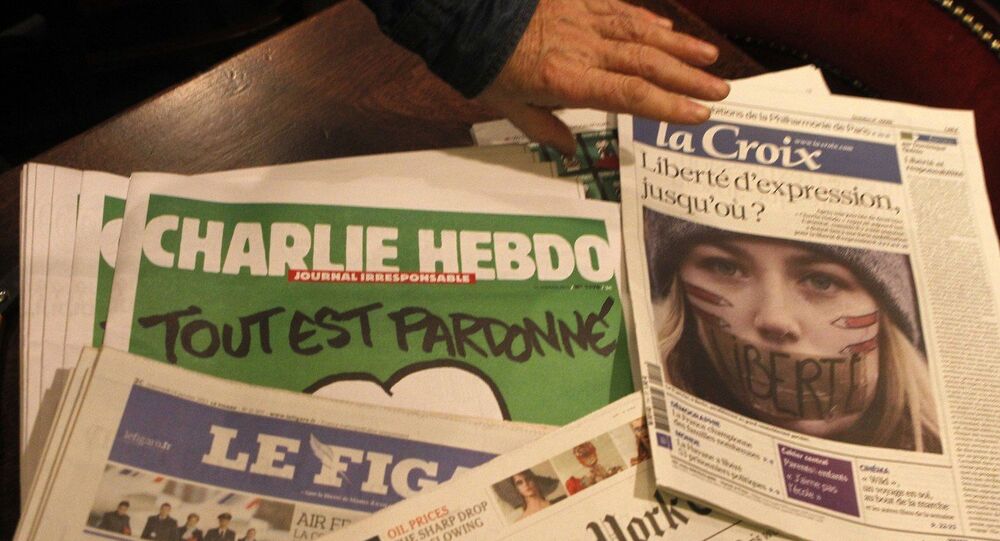 The widow of Franck Brinsolaro, the policeman killed during last year's attacks on the Charlie Hebdo satirical magazine, has asked the French authorities to check a number of "unclear" facts related to the tragedy.

MOSCOW (Sputnik) — On January 7, 2015 two shooters with alleged ties to Daesh and al-Qaeda forced their way into the office of the French satirical magazine Charlie Hebdo, killing 12 people during the attack. Shortly before the attack, the magazine published cartoons of the Prophet Muhammad.

"On behalf of his client [Ingrid Brinsolaro], lawyer Philippe Stepnevski filed on Monday, January 4, a complaint to the prosecutor… upon manslaughter, aggravated by deliberate violation of specific obligations to ensure vigilance and security provided by law and the Criminal Code," the L’Eveil Normand newspaper, where Ingrid serves as an editor-in-chief, said on Monday.

Franck was a police officer to ensure personal security of the magazines editor-in-chief, Stephane Charbonnier, at the moment of the attacks. Both Charbonnier and Brinsolaro were among the first in the office to be shot and killed by terrorists.

Brinsolaro's wife demanded the prosecutor's office, first of all, to shed light upon two matters — reported regular threats against Charbonnier, and lack of his personal safety and protection from the part of France's Department of Homeland Security, which must properly considered the information about such threats.

Ingrid also stated that her husband was on duty to protect himself and his ward, but in fact might have lacked sufficient resources to perform the duties.

Islamic Radical Groups Responsible for 40% of Journalists’ Deaths in 2015