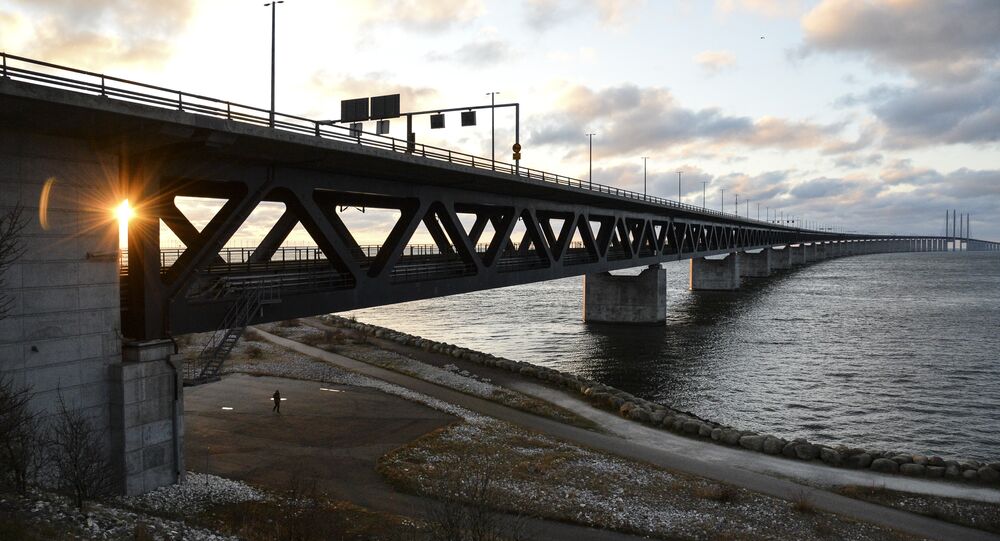 Tensions have grown between Denmark and Sweden after the Stockholm Government reimposed border ID checks between the two countries in an effort to stem the growing tide of refugees to the country.

Sweden gained permission from Brussels for exemption from the Schengen borderless zone agreement to reimpose photo ID checks on rail, bus and boat passengers crossing between Denmark and Sweden. The move marks the first time in 65 years that checks have been made on such movement between Copenhagen and Malmö.

© AP Photo / Jens Dresling/POLFOTO
Border Rail Fence Set Up at Copenhagen's Kastrup Station Amid Refugee Flow
There was swift condemnation of the newly-imposed checks, with Danish Prime Minister Lars Loekke Rasmussen saying the decision will create "difficulty and problems for the many people who every day commute" between the two countries, describing it as a "major step backwards."

An enormous number of people use the rail system to commute between the two countries on a daily basis. Many Danes — in recent years — have taken advantage of lower property prices to buy homes — some even second homes —  in Sweden.

A dark day for our Nordic region with Sweden introducing ID controls for travellers from Denmark. pic.twitter.com/ZX5uAQpZbD

​"For the first time since the 1950s, one will now need an ID-card to cross" over to Sweden, Rasmussen said in his January 1 speech.

"This shows what's at stake. And this can create a situation in which we will need to introduce border controls toward Germany, if we decide that's what's best for Denmark."

Rail travelers from Denmark will have to disembark at Copenhagen Airport to be routed through the border checks, further delaying the daily commute. Denmark's Transport Minister Hans Christian Schmidt said the introduction of checks was sad and "extremely annoying."

Relations between Denmark and Sweden were put under tension last year when Sweden joined Germany in declaring its doors open to Syrian refugees, sparking the biggest mass migration in Europe since the Second World War. Denmark has now warned it may impose checks at its border with Germany to prevent a build-up — Calais-style — of migrants within Denmark.

​Per Tryding, Deputy Managing Director of the Swedish Chambers of Commerce, told the BBC: "It's going to have a lot of effects because it will stop people from getting to work. This border is literally through a big city area, which is split  … and we have a lot of commuters — many more than go over the [Øresund road] bridge.

"We've had a sort of Schengen agreement since the 1950s so this is a real shock for people here. It's a sort of diet version of the Berlin Wall."