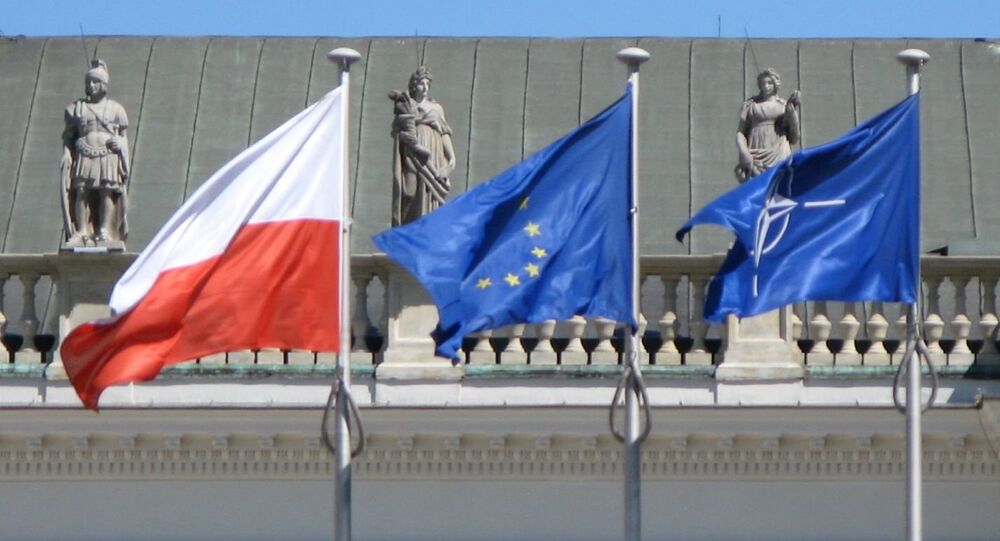 Poland says it is ready to soften its position on Cameron’s proposal to ban EU migrants from claiming in-work benefits during their first four years in the country, but it certainly wants something in return: London now promises it will help to bolster NATO’s presence in Poland to compensate for it feeling like “a second-class NATO member-state”.

© AP Photo / Kirsty Wigglesworth
Cameron: No Economic Benefits to Migrants if Britain Stays in EU
Poland could be open to compromise over British demands to limit the rights of European Union migrants, the country’s Foreign Minister Witold Waszczykowski told Reuters.

But it certainly wants something in return.

UK Prime Minister’s call for a four-year delay before EU migrants can claim certain UK welfare benefits is one of his key demands in renegotiations of Britain’s membership of the EU.

The proposal has been widely criticized in the EU and Poland has been one of its staunchest critics as there are hundreds of thousands of Poles living in Britain.

The proposal is due to be discussed by EU heads of state at a summit in February.

Waszczykowski says Warsaw opposed any cuts in benefits in Britain that singled out potential recipients based on their origin.

Now, the country’s foreign minister says Poland wants to offset the impact of any benefit cuts for its citizens living in Britain by planning to offer a monthly cash payment to families with children, in the hope Polish workers will stay in Poland instead of emigrating.

"We're aware that the British welfare system is very elaborate and that it may not be able to bear it. We are therefore addressing this by increasing our benefits, and we also want to raise salaries in Poland," he said.

The politician admits that in return, “Britain could offer something to Poland in terms of international security.”

"It would be very difficult for us to accept any discrimination," Waszczykowski reiterated. "Unless Britain helped us really effectively with regard to the Polish defense ambitions at the summit in Warsaw."

"We still consider ourselves a second-class NATO member-state, because in central Europe… there aren't, aside from a token presence, any significant allied forces or defense installations, which gives the Russians an excuse to play this region," he told Reuters.

In 2014, Poland's then foreign minister said he wanted the alliance to station two NATO heavy brigades — typically between 3,000 and 5,000 troops — on Polish soil in response to what he described as “Russia's intervention in Ukraine”.

© AP Photo / Czarek Sokolowski
Europeans Finally Losing Patience With NATO’s Reckless Mess
The alliance is reluctant to permanently station troops in central Europe, with some states wary of violating a 1997 NATO-Russia agreement on the size of forces the alliance can have in former Warsaw Pact countries, of which Poland is one.

"Britain could support our expectations related to an allied military presence on Polish territory," Waszczykowski said.