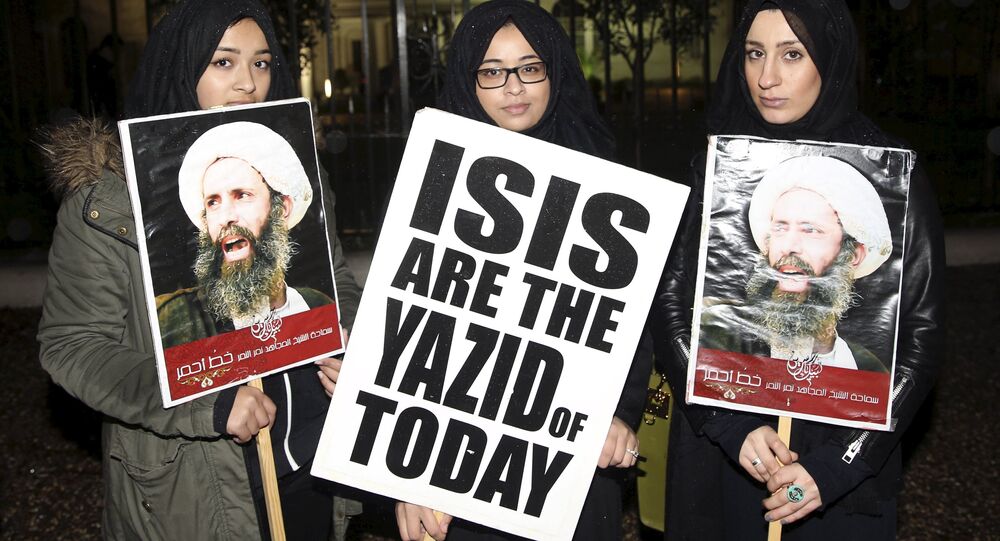 Silent Mode On: UK Cameron at Fault for Not Condemning Saudi Executions

© AP Photo / Yoan Valat
Cameron Scrambles to Salvage UK-Saudi Relations Amid Human Rights Fallout
Reprieve, an international human rights advocacy group, said the UK "must not turn a blind eye to such atrocities and must urgently appeal to the kingdom to change course." Leading human rights campaigner Peter Tatchell said, in an interview to Sky News, that the UK Government's stance on Saudi Arabia was "completely immoral."

The International community has strongly criticized the kingdom for the executions of 47 alleged terrorists, including a prominent Shia cleric. The killings have increased tensions between Iran and Saudi Arabia.

Reprieve representative Maya Foa stated, "The Saudi government is continuing to target those who have called for domestic reform in the kingdom, executing at least four of them today. There are now real concerns that those protesters sentenced to death as children could be next in line to face the swordsman's blade."

"Saudi Arabia and Isis are two sides of the same coin. They are motivated by the same extremist ideology, they use the same barbaric methods like beheading" he said, "[But] in British government policy we are against Isis but we are allied with Saudi Arabia."

The executions were carried out as a result of a rumored feud between the Saudi King and his brothers, posing a risk to the dynasty, The Independent cited regional sources as saying.

At noon on Sunday, about fifty demonstrators gathered outside the Saudi embassy in London to protest the UK's silence on the atrocities, shouting: "David Cameron stop supporting terrorists," and, "Saudi, ISIS are the same, only difference is the name."