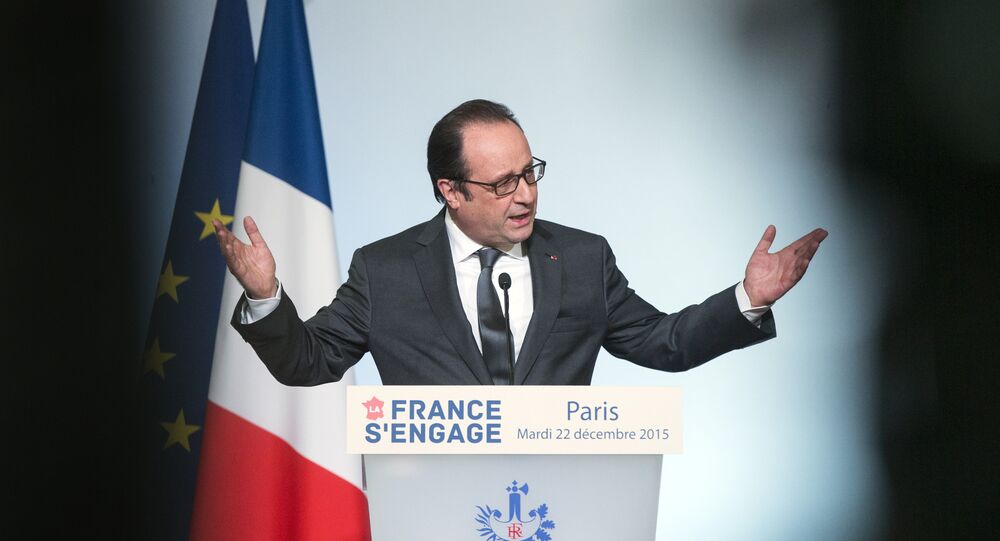 France’s President Francois Hollande was not included in the list of the Top 50 of French people most popular at home, according to a poll.

MOSCOW (Sputnik) — France’s President Francois Hollande did not make it to the Top 50 of French people most popular at home, a poll published Sunday has shown.

The end-of-year Ifop survey for the French newspaper Journal du Dimanche, conducted in December 2015, found that Grammy Award-winning singer and songwriter Jean-Jacques Goldman was the most popular Frenchman in the country.

France’s former president Nicolas Sarkozy brought up the rear after dropping ten places in the rating since July. Current Prime Minister Manuel Valls was not on the list, which mostly featured prominent French entertainment figures.

Hollande is the least popular president in the history of the Fifth Republic. His rating slumped in December after temporarily surging 20 percent by virtue of his decisive action following the Paris terror attacks.

Beleaguered Francois Hollande Struggles to Lead a Nation in Despair