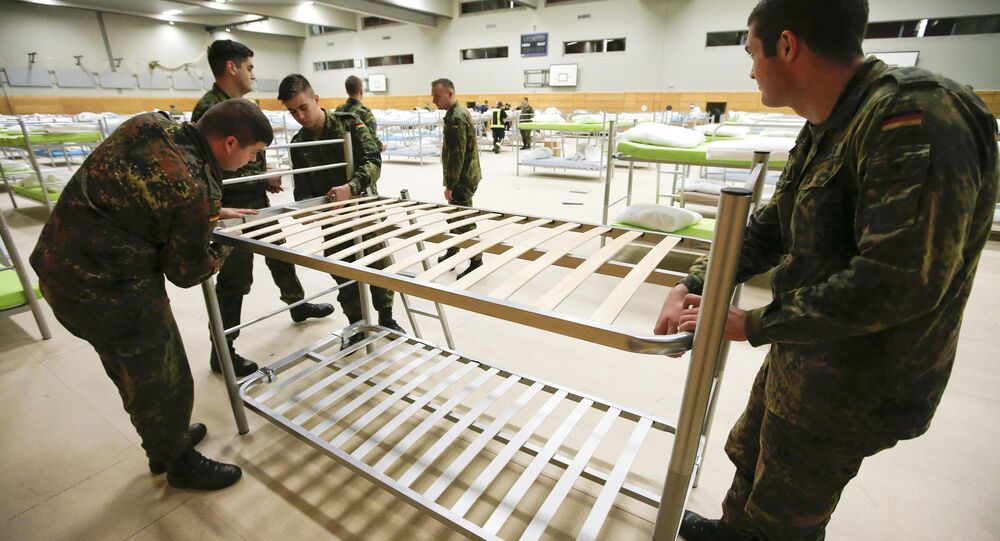 The German troops who assist refugees will be withdrawn at sometime between June and August of 2016 in case "the situation improves with the help of the undertaken measures," according to German Defense Minister Ursula von der Leyen.

© AP Photo / Markus Schreiber
German Police Unable to Locate Some 250,000 Illegal Migrants in Country
MOSCOW (Sputnik) — Germany will stop deploying soldiers to assist refugees within the country in at some point in the summer this year, German Defense Minister Ursula von der Leyen said, a quoted by local media on Saturday.

According to von der Leyen, the troops will be withdrawn at sometime between June and August in case "the situation improves with the help of the undertaken measures," the Bundeswehr Journal reported.

“Assistance in situations of acute need should not become a permanent task of the Bundeswehr," the defense minister said, as quoted by the media.

© REUTERS / Axel Schmidt
Germany Admits Number of Refugees to Exceed 800,000 in 2015
Amid the largest migrant crisis since World War II, some 7,000 soldiers are currently providing care and assistance to arriving refugees, many of whom are fleeing conflict and poverty in the Middle East and North Africa, and ensuring their registration.

In December, Bavaria's Social Minister Emilia Mueller said that the number of asylum seekers who have arrived in Germany since the beginning of 2015 has hit one million.