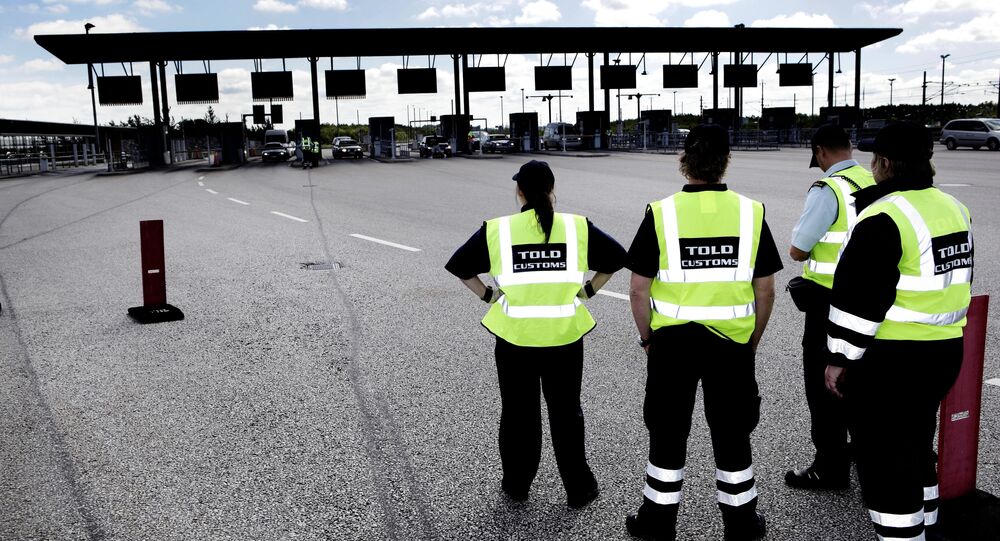 Danish Prime Minister Lars Lokke Rasmussen told Danes that the government is weighing up the re-imposition of controls along the country’s border with Germany.

"Sweden is stepping up checks at its border with Denmark. It is happening very soon. For the first time since the 1950s one must now have an ID card to cross the Oresund (the Sound, the strait that separates the two countries)."

“It shows what is at stake, and it creates a situation where we must introduce border controls with Germany, if we decide that that is best for Denmark.”

“We don’t want to see migrants and asylum seekers on our highways again. We want to ensure calm and order,” said the Prime Minister.

As of January 4, the Swedish authorities will require all passengers traveling from Denmark by train, bus or ferry to show photo identification. In November Sweden began carrying out random checks of people entering southern Sweden, initially for ten days.

© AP Photo / Santi Palacios
Migrant Sea Arrivals to Europe Surpass 1Mln in 2015 - UN Refugee Agency
According to the rules of the Schengen Area of free movement, a country is allowed to temporarily reintroduce border controls between member states for ten days in case of “a serious threat to public policy or internal security.” The regulations state that after ten days, any prolongation of that period needs to be monitored at the EU level.

On December 21, the number of migrants and refugees that had crossed into Europe by land and sea in 2015 passed the one million mark, according to the International Organization for Migration, four times as many people as in 2014.

Betting on the Wrong Norse: Refugees Deemed Rotten in the State of Denmark